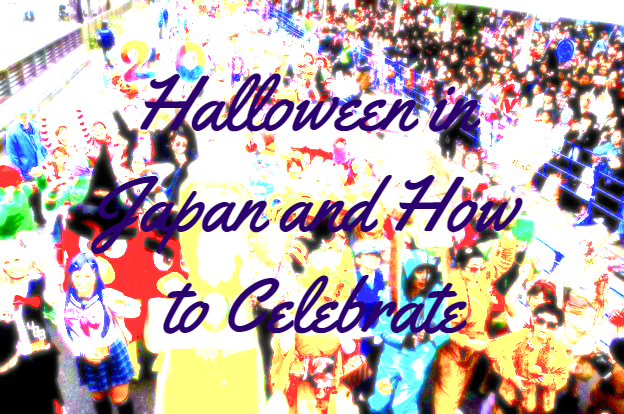 Halloween in Japan and How to Celebrate 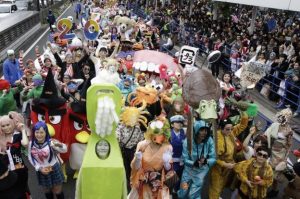 The spookiest holiday known as Halloween may be a cornerstone of celebration in your corner of the world, especially if you are coming to Japan from America, the United Kingdom, or another European country. Halloween, also known as All Hallows’ Eve, is deeply rooted in Paganism and superstition, but where there is candy abound and ghouls in the trees throughout Western civilization, what does this mean for Japan?

No, you don’t have to give up your fun-sized Snickers and costume when moving to Japan, because the holiday is gaining rapid popularity!

Halloween in Japan
When I first arrived in Japan, it was in October 2010. Being that Halloween is my favorite holiday, I’ll admit I was a little upset when I didn’t see the same amount of skulls, bats, and all things black and orange lining the streets. Since I was in a Japanese language and culture school, there was little mention of Halloween or something similar; but I had a feeling that the spirit of Halloween existed here. I mean, all that Jack Skellington love couldn’t be the end of it, right?

Fortunately, a friend of mine told me about a Halloween event happening in Center Gai, Shibuya. The costume party was low-key, but we went and reveled in the candy, costumes, and entertainment. Since then, I’ve seen Halloween’s popularity increase throughout the years. Now Shibuya Halloween attracts roughly 100,000 people annually! Though the places that generally accommodate Halloween celebrations are limited to gaijin hangouts, like bars throughout Shibuya and Roppongi, gathering places for counterculture like Takeshita-dori and Urahara (the back alleys of Harajuku), and Amerikamura in Osaka and Kobe, trick-or-treating is even starting to spread throughout the nation.

In fact, trick-or-treating has taken an eccentric turn for about 20 years now in Kobe. The Yamaguchi-gumi, a chapter of Yakuza located in Kobe, has been handing out candy to children every October 31st. Many members stand out front of the headquarters in costume (though some have faces scary enough that costume isn’t necessary) and containers loaded with sugary goodness for children to receive. The only time the event has been canceled was in October 2015, when a potential turf war lead to the Yakuza suspending the highly anticipated event.

Halloween Events Throughout Japan
So now that you are in Japan (or planning on arriving in time for the October festivities), what can you do for Halloween? Below I have put together a list of places holding Halloween celebrations that occur regularly, so you can get your ghostly fill.

Kawasaki Halloween Parade for Kids
This is located in Kawasaki, Tokyo and is one of the biggest, most festive Halloween events in the entire country. Throughout the entire month of October, the area of Kawasaki station gets a makeover. There are jack o’ lanterns, ghosts, skeletons, and even Disney characters dressed in costume. If you want to participate in the October 28th or 29th, 2017 parades, registration is required. You can check out the official Kawasaki Halloween website for more details. The page is in Japanese.

Shimokita Kids Halloween Parade
Shimokitazawa is often the epicenter of second-hand goods and fashion. During Halloween, however, kids become the focus of Shimokita, located a few train stations away from Shibuya. Though this is not has big as the Kawasaki parade, the celebration involves costumes, food booths, face painting, and trick-or-treating throughout the area. If you have children, this is the perfect event, because it doesn’t get too big (around 2000 people expected annually) and doesn’t cost too much, either. To register for the kid’s parade, you need to register.

Also, Shimokita has fun things for young adults and mature people too. There are dance performances happening over the Halloween weekend, acoustic gigs, and much more. Many stores around the central shopping area will stay open until early in the morning so you can sport your costume into the wee hours.

Roppongi Halloween Parade
When you need to do more than shopping at Roppongi Hills, consider checking out the area from the middle of October up to Halloween. On the day of, there will be an afternoon parade with people of all ages dressed up in costume. Sometimes there is a theme. In 2016, many people dressed up as their favorite movie characters because the timing coincided with the Tokyo International Film Festival. Other events include special workshops, a stamp rally, Halloween-inspired stall food, and more.

Halloween at Tokyo Disneyland and Disney Sea
There is an annual Halloween celebration at Disneyland that runs from September 8th to October 31st every year. There are usually 45 minute long parades, special music, and more. The World Bazaar, Westernland, Fantasyland, and Toontown all get a makeover too. You’ll find cobwebs, Jack o’ lanterns, and ghouls wandering about. Plus, at night, the Cinderella Castle gets special lighting. And yes, you can tour the park in costume! Just don’t cover your face or mimic a Disney character.

Halloween at Universal Studios Japan, Osaka
Also known as Halloween Horror Nights, Universal Studios Japan (USJ) gets just a little spooky throughout the scariest time of the year. Really, the only thing that is horrifying are the lines. This event is more than popular. It attracts thousands of people who are dying to see things like The Wizarding World of Harry Potter: Halloween edition and people walking around in intricate costume.

Metropolis Halloween Glitterball
Metropolis is a free magazine written entirely for expatriates. Every year they host a legendary Halloween Glitterball in Tokyo. Details always come out closer to the event, including ticket presales, information on the theme, where it is going to be located, and much more. Previous venues included renowned dance clubs like ELE-TOKYO. The party usually starts around 9:00 PM and goes into the early morning.

There are way more events happening than what has been listed here, seeing how Halloween is getting hotter throughout Japan every year. Wherever you find yourself, there is sure to be something autumnal! Even Sapporo in Hokkaido is beginning to catch on (though it is too chilly for costumes) with decorations throughout the city. Of course, this doesn’t stop you from introducing your Japanese coworkers or students to some Halloween traditions from where you are from either. Why not try suggesting a Halloween party at the workplace? You never know!

Summary
Twenty years ago, if you had mentioned Halloween to a Japanese person in Tokyo, you probably wouldn’t have been understood. Now, the holiday of ghouls and candy is making its way throughout the nation and captivating a wide array of ages and groups–even the Yamaguchi-gumi! You may have thought you’d have to give up your costume-wearing, candy-giving traditions up when moving to Japan, but this is further proof that life in Japan is full of fun and excitement. 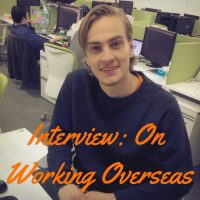 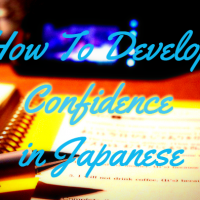 How To Develop Confidence in Japanese