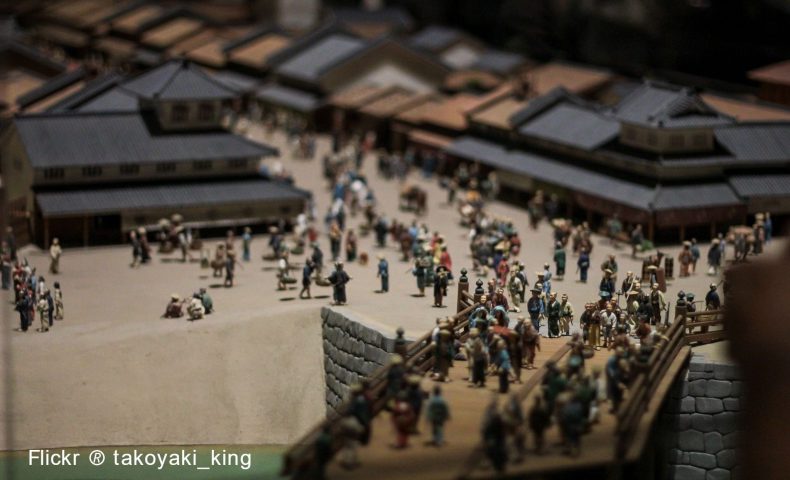 Exploring the Tokyo of Yesteryear

Tokyo is one of the most well known cities in the world. It’s mentioned in various songs, a large lizard is constantly trampling it and New York, and in 2020 it will host the Olympics for the second time. People come and visit to do many things: see the Otaku-mecca Akihabara, scale Mt. Fuji, or try conveyor belt sushi.

What about the history of Tokyo? The Tokyo that was Tokyo before it was named Tokyo? As someone who enjoys learning how history impacts us today, I wanted to get a feel of what Tokyo was like over one hundred and fifty years ago… back when it was known as Edo.

A Brief History of the Edo Period

Tokyo was once a small fishing village known as Edo. It was just another city caught in the crossfire of the various warring factions trying to control Japan, during the Sengoku Period. It was only after the war ended and one of its heroes, Tokugawa Ieyasu, built Edo Castle and claimed Edo as his home that it became the center of attention.

The Edo Period was a time of great societal change; there was growth in the arts and culture, but it also a time of isolationism. Ieyasu wanted to turn Edo into a major port city, mainly to keep an eye on imports and foreigners entering the country.

While he couldn’t exactly control all ports in Japan, he did limit trade outside of Edo to a handful of countries dealing certain commodities. This isolationism and focus on Edo and the Tokugawa Shogunate government contributed to Edo’s growth as a commerce power as well as the urbanization of the city.

The Edo Period eventually came to a close in the late 1800s with the forced end of isolationism by Matthew Perry and the United States Navy. At this time there was already tension between commoners and the Shogunate because of enforced social statuses.

The end of the isolationism brought to an end the reign of the Tokugawa Shogunate and ushered in the Meiji Period with Emperor Meiji rising to lead Japan. As the Shogunate reign ended and the government changed to favor an emperor, Edo changed as well, to Tokyo (meaning Eastern Capital).

If you want to see the largest collection of Edo artifacts in Tokyo, look no further than Edo-Tokyo Museum. Edo-Tokyo Museum is a short ride from Tokyo station, located right outside of Ryogoku Station. Great for a rainy day, this seven story building houses everything a history buff needs to get an idea of what transpired during the Edo Period to present day. 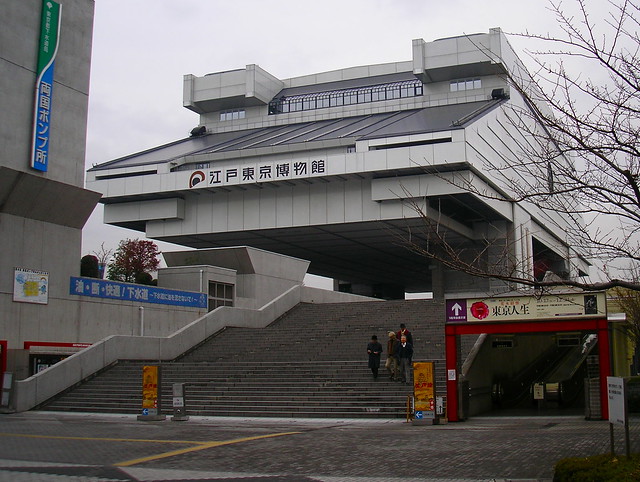 The main two floors (floors 5 and 6) house dozens of artifacts, restorations, and recreations of important documents, art, and daily tools of each era with explanations in both Japanese and English. While each piece provides an explanation of what part it had to play in society, names of important events and people are used assuming you know them all. Therefore, it pays to have a rough idea of what went on during that time… nothing a quick web search can’t fix.

On the seventh floor is a restaurant overlooking the exhibits, as well as two libraries with various books, maps, and films. There are also events like trying on kimonos, learning traditional fan dances, and appearances of performing artists.

While Tokyo’s Edo Museum is great to see and learn what it was like during the Edo Period it still leaves something to be desired. To get the actual experience of being in the Edo Period requires a little bit of traveling.

Unfortunately, I couldn’t find a flux capacitor equipped DeLorean so this trip was done by train. Edo Wonderland is located outside of Tokyo in Tochigi Prefecture. The closest station is Kinugawa-Onsen Station and from there it is a 15-minute bus ride. Make sure to get there early because with everything to do and see, Edo Wonderland becomes an all day affair.

Here you can dress up in traditional kimonos and assume the roles of ninja, samurai, or police officer. You can get a good understanding of the daily routines of people who lived during this time, as well as get some practice throwing ninja stars or handling a wooden sword.

You can also take a look into a blacksmith museum to see how swords were made. In addition, there are a handful of restaurants and cafes that serve era-authentic snacks and meals, though it is not like the food has changed much over the couple hundred years.

Japan is rich in history; history is one of the country’s marketable assets. Recently Tokyo turned 150, so it has been a while since being the small fishing village of Edo.

If you are ever in Tokyo and want to see what it was like for the residents before computers, before light bulbs, before Western influences, try these two places out. Both offer services in English and Japanese.

If you’re not close by, other major cities like Kyoto offer Edo era amusement parts and museums, so there is always a chance to learn about why the temples and shrines everybody goes to are so famous. Who knows, you might stumble upon some tourist sites that only locals know about. 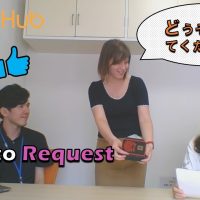