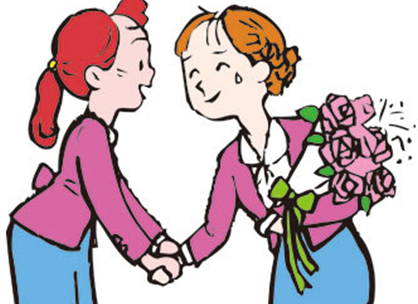 [Blog] The Best Tip To Work In Japan: Let’s start with the understanding of Japanese society as still male oriented

When I was in my teens, my mother would often tell me that girls don’t need to go to a top-notch school or college.  Her opinion was the following:

“It is out of the question for girls to enter a first-class university.  If you do so, men will see you as a cocky girl.  It’s the best idea for girls to go to a second-rate college because you can be seen as a good date suitable for men from universities with academic levels as high as or higher than the college you go to.  Birds of a feather flock together, as it were.  It’s no good, however, to go to a third-rate college.  Those highly educated men tend to avoid approaching you because they don’t see you as a partner right for their high social status if they find you are from the third-rate college.  So you’ll turn out to have to choose your marriage partner from among those who graduated from mediocre colleges.”

You probably think what an anachronistic opinion it is, but it actually represents gender relation issues in Japan to some extent.  And it wasn’t a surprising idea at least until up to the 1980s.  People took it for granted that getting married, having children and keeping households should be women’s work.  So hunting for their Mr. Right each and living a happy married life was an ideal roadmap in life for many Japanese women.

Since then, about three decades have passed, but people’s way of thinking hasn’t changed so much.  According to a survey on some female students at University of Tokyo, Japan’s highest educational institution, many of their parents showed some hesitation when their daughters confessed their decisions to go to the university.  This thing actually goes for many other high educated women.  It isn’t uncommon that their high academic backgrounds, which often make men feel inferior to those women, cause them to have difficulty finding their boyfriends.

The deep-rooted belief in a husband as breadwinner and a wife as homemaker can be seen in Japanese corporate culture too.  It is true that a lot of Japanese companies take active steps to employ women, but it isn’t in the interest of working women, but it’s for the sake of securing personnel of the companies.  They figured in the fact that many women would leave their companies after marriage.  On the other hand, the women themselves thinks quitting their jobs and to get married as stepping stones for their ideal goals in life.  So some people poked fun of those types of female office workers as in-house temps, whose jobs included chore tasks such as photocopying documents and serving tea for their male bosses or even colleagues who entered the company at the same year but never getting involved in major projects.  Having said that, companies kept on hiring female “Koshi-kake (makeshift)” workers in order to provide the career-track male workers with the chances to get acquainted with their possible marriage partner candidates in the company.  Good-looking was actually an important criterion for hiring female workers. (Of course, they never announce there is such a sexist criterion for selection, though.)  Currently, the working environment around working women have considerably improved, but there haven’t been movements drastic enough to stop those gender biased treatments from arising in workplaces.

Under the circumstances mentioned above, it isn’t easy for women to get by in business circles in Japan.  (This is, I think, true for many other countries in the world as well.)  As I have already mentioned, there are still indelible vestiges of the erstwhile feudal community no matter how modern Japanese society becomes.  The social tendency to be in favor of the idea of men as breadwinners and women as housewives is one easy-to-grasp example, even though there have been an increasing number of double income households where husbands and wives share the housework with each other.

As another example, there is an issue of insufficient support for working mothers with children.  This problem lies in the strongly held belief that it is women who take care of kids.  I heard some working mothers get the cold shoulder from their male colleagues (as well as people of the same sex in some cases!) when they have to take maternity leave or child-care leave or reduce their working hours to spend more time on taking care of children.  To my surprise, some women who have experience of giving birth to children even give those working mothers cold looks as if they themselves have already endured the environment where they had been given the same kinds of cold treatment from their colleagues, so just grin and bear it.  How can you believe there is such severe situations among working Japanese women.  I’d say it’s hopeless.

What if you are a working foreign woman?  Japanese people tend to wag the tails trying to be as friendly to “guests” as they can, but the more you get used to living in Japanese community, the less friendly and the more condescending they might be to you.  So, first of all, you will need to realize that there are socially deep rooted gender issues even in the modern Japan, and that you need to follow the long-standing social tenets.  But don’t worry.  There are also a lot of young entrepreneurs who have no fears trying to change business culture and overcome those gender role problems.  I think that businesses can’t thrive without any women being able to put full energy into their work, let alone the society.  I hope as a working woman in Japan, that there will be more and more companies which never hesitate to break the stereotype.   Japanese people are considerate of others and tolerant enough to listen to your opinions from different points of view.  So feel free to ask your Japanese friends or others all kinds of questions about Japan’s gender role problems and learn something hidden from your eyes.

An instructor English conversation school.
A certified guide-interpreter of English.
A working mother of two children.