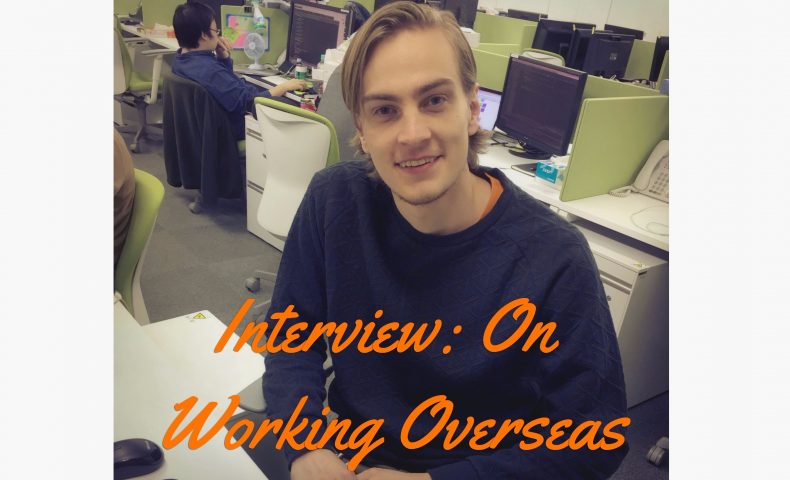 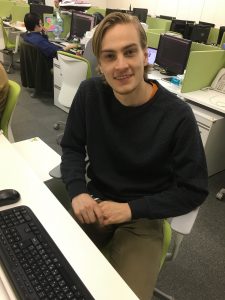 Searching for a job can be stressful in the best of circumstances, but add in language and cultural barriers, and even the most confident candidate can feel a bit lost. Henrik Oesterman, a programmer, student and blogger at TalentHub, was kind enough to talk to me about his experiences working abroad in Japan and Europe.

Oesterman has worn many hats in many locales throughout his career. He started in his native Sweden as a math and physics teacher, and after that moved to IT and programming, then worked in London as an IT office assistant at NASDAQ OMX. Now he’s living in Japan, working as a game programmer in Tokyo, while studying game design at HAL College of Technology & Design in Shinjuku.

What’s the appeal of working overseas? He says, “I think working in a country that’s not your own is, by itself, a very good thing for your personal experience, to really learn about cultures outside of your own. I don’t think we can ever understand people if we don’t live with their culture. Your culture is very fundamental to who you are.”

What drew him to Japan? “The biggest reasons were that I wanted to experience another country’s culture, and speak a language other than my own. I think being in a culture that is very different from your own is even better than just being in another country. You get to see points of view you have never even thought about before.”

Oesterman explains further, “If you just go to a place like England, if you’re from America, well … both are English speaking, so there’s not too much of a language difference, and the cultures are not too different from one another. There aren’t that many things that you start thinking about, like how you think versus how other people think. Going to a country where you are not ‘at home,’ you become a bigger person, because you know that other people can think in different ways than you.” 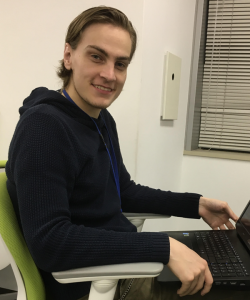 Of course, hiring practices differ from company to company, and standards vary by industry. I wondered if there were some general differences in recruiting practices between Europe and Japan. According to Oesterman, “In Europe, everything is about the interview — talking with the representatives of the company, trying to show your flaws and good sides and trying to get them to hire you; basically show them that you know what you’re doing. While in Japan, most companies are not like that.” In Japan, it seems, having an excellent CV, with university degrees, certifications and solid work experience, is really what gets you in the door. Oesterman explains, “The interview is just a final check to see if they like your personality, more than anything else. It feels more like that, at least.” Japanese language ability is definitely a plus, as well. “Most of the world is English speaking in the business world, but Japan is not really there yet.” The language barrier, of course, adds an extra challenge for job seekers.

Using a recruiting site like TalentHub is an efficient way to get your CV into the hands of hiring managers. Oesterman prefers TalentHub because “it’s a bit more professional and modern than the competitors. The design language is newer and more modern, the applications, and also the features on the site are more robust.” Job seekers can use filters to refine their company searches, including filtering for levels of language ability.

So, once you’ve gotten a job overseas, how do you know what to expect from the office culture? Is there really a big difference between countries? “It depends on where you work, of course, but Sweden isn’t that formal, when it comes to working, and the Swedish language is not that formal, either. So, we can be very informal, even with the highest boss; we don’t really have to care about who he or she is. While if you go to London, you’d have to wear a suit to work and be careful about whom you speak to and what you say. There’s a bit of that in Japan, too, though it’s not as strict as London. But the thing about Japan, more than anything, is that the Japanese language is very formal, and therefore when you talk to people, even when it’s someone that is actually in a lower status than you in your work place, you would have to be very, very formal, and even more so when you talk to someone above your status. You have think more about how you display yourself in the office.”

But, despite the formality, Oesterman seems to enjoy the focus and dedication shown by the Japanese staff at his company, as well as the highly organized structure. “Here in Japan, everyone [in the workplace] is actually working, and I like that because I like a serious attitude in the office. In Japan, you have a manager, and he manages the tasks that you’re going to do. While in Sweden, you would have to find things to do and ask the manager if you could do them, rather. So the manager is just the one making the decision, not finding tasks you should do. But of course that depends on the company, too.” 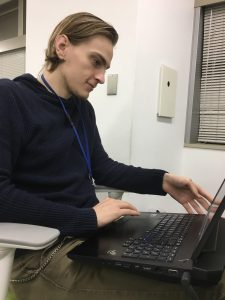 Oesterman’s TalentHub articles are targeted towards those who want to live and work in Japan. He has written pieces on the best ways to study Japanese and other languages (I’m sure he has good advice— he speaks Swedish, English, Japanese and Spanish!) and how to have fun in Japan: delicious food, exciting places to visit. He says, “Right now, I’m working on some articles that I call the ‘Taking a stroll through…’ series. So, I’m basically taking a stroll through parts of Tokyo and explaining what I see and what I think is interesting in that part of Tokyo.”

Oesterman is just one member of the international blogger team at TalentHub, where you can get advice on how to prepare a Japanese CV and the ins and outs of Japanese work culture, as well as some insider tips on everything from where to find the cheapest yakitori to the coolest themed cafes in Tokyo. 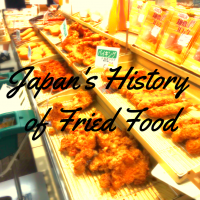 Halloween in Japan and How to CelebrateNext 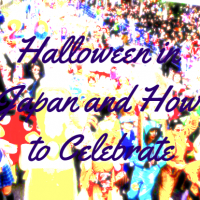