Can I Use a Foreign Driving Licence in Japan?

The pros and cons of driving in Japan

Before you figure out whether you need a licence in Japan, you should probably take a moment to consider whether you even need to drive in the first place.

In general, Japan’s public transport is excellent. Everything is clean, trains run on time, and you can get to almost every corner of the country by a train or bus somehow. Public transport in bigger cities is especially good, with Tokyo having so many different lines to choose from that there’s no real reason to even use a taxi.

However, if you are planning on heading outside of major cities, you’ll instantly understand the benefits of having a car. Although you can technically reach every corner of Japan by bus or train, you may well find it’s only possible with five changes, and it takes about five times as long than if you had driven there.

Driving also gives you a lot of freedom. You can easily go from one place to the next without worrying about train times, which is useful in the evening as there are no night trains in Japan.

Can I use my foreign driving licence in Japan?

The short answer is no, you cannot use your regular driving licence obtained abroad in Japan.

However, if you are from one of the following countries, you may use your regular driving licence in Japan if you present it with a certified translation as recognized by the government:
Swiss Confederation
Federal Republic of Germany
French Republic
Kingdom of Belgium
Principality of Monaco
Taiwan

But for those from other countries, don’t despair. That doesn’t mean you need to get a Japanese licence to drive in Japan.

You can instead get something called an international driving permit.

Can I use an international driving permit in Japan?

However, there are some important things to note when using an international driving permit.

When you apply for an IDP, you need to already have a valid regular driving permit. You must also have been in the country issuing the permit for at least 3 months, and you must carry the original permit with you as well as the IDP. The IDP is only valid for one year from when you arrive in Japan or when your licence expires, whichever comes first. If you move to Japan and live here for longer than a year, you cannot return to your home country to renew the IDP, but instead need to apply for a Japanese driving licence.

If you rent a car in Japan, you will need to present both your original driving licence and your IDP, and most likely your passport too, that is associated with your IDP.

When to get a Japanese driving licence

If you are visiting Japan for a year or less, then an international driving permit is by far the easiest choice. But if you plan to stay for more than a year, you will need to get a Japanese driving permit to drive.

If you already have a driving permit from another country, depending on the country, you can apply to transfer your licence to a Japanese one. You will keep both licences. But this doesn’t apply to all countries, and if your country isn’t on the list, you will have to take a written test and a driving test to obtain a Japanese licence.

When you apply to convert your licence, even if you have to take the tests, you will need to bring the following to the official Driving Licence Center in your area:
Valid driving licence
A Japanese translation of the licence, translated by the Japan Automobile Federation
Residence certificate
Passport
Photo

When converting, just like with the IDP, you will have to be able to show that you lived in the country issuing your original driving licence for at least three months.

Now that you know what licence you need to drive in Japan, you can easily rent a car and start exploring. 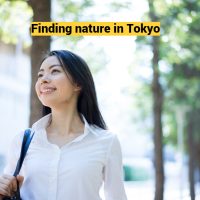 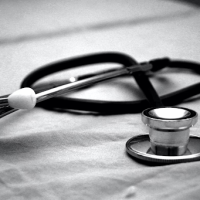