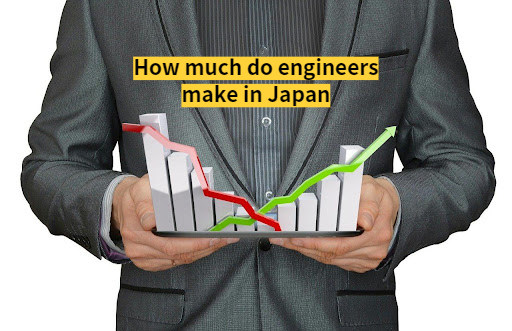 How Much do Engineers Make in Japan?

In Japan, working as an engineer is one of the most lucrative career paths you can take, and it’s an option that is far less hindered by the Japanese language barrier than other fields.

However, there are a lot of different factors that can affect your salary in Japan, such as gender, age, and experience. Today, we will primarily focus on how age affects salary for engineers, with a brief look into the cultural background and other surrounding factors.

It’s worth noting that, according to a survey by Japan Switch, most IT-related jobs advertised in Japan are full-time, so we will not be looking at part-time salaries here.

Before we look at how age affects an engineer’s salary in Japan, it’s good to understand why that might be the case.

For a long time, Japanese working culture has had a strong focus on hierarchy. This idea has been around since long before offices and CEOs came onto the scene. In fact, this strict hierarchical structure has been around since at least the Tokugawa period in the 1600s, when Japanese citizens were assigned a hereditary class based on their profession.

Of course, things have changed since then, and you’re no longer bound to the social class of your parents, but the essence of hierarchy remains. That is, in terms of age.

In most larger and more traditional Japanese firms, a distinct importance is placed on the employee’s age and seniority level. This means that it’s difficult to get to a high-ranking position unless you stick around for a long time.

The system also places a lot of importance on loyalty. You don’t necessarily need to be the oldest to get a higher rank, but you need to have been around long enough… So, if everyone else around you has been there a while too, your only choice is to rank up over the years.

This seniority and loyalty system also partially explains how a female engineer’s salary might be affected. Many women take time off when they get married or have children, and find it hard to return to their previous jobs. Once they are finally back in the field, they will be several months or years “behind” their male counterparts, leaving them at a lower salary, and in a position where they can never catch up.

Of course, a lot of this is changing with new companies and start-ups, but Japan is often slower to implement changes, so most companies are likely to show salary variations based on age.

How does age affect an engineer’s salary in Japan?

With all that in mind, it makes sense that age would have a direct impact on salary. Here, we will look at data from e-Stat, the official portal site for Japanese government statistics, to determine how age affects a system engineer’s salary in Japan.

These numbers are taken from 2019, the most recent dataset available at the time of writing.

The first thing that stands out is the lack of data for women over 65. This likely indicates that there are too few women of that age range in the field. This could be attributed to a number of things, but is most likely due to the age of retirement in Japan, couples with traditional views of engineering as a man’s job.

The next thing that stands out is the drop in salary at the age of 60 for both men and women. The age of retirement in Japan has been 60 until recently, and is now 65, with a recent approval to raise it to 70. This is the most likely reason for the drop.

Overall, for both genders there is a fairly steady increase with age until around the 44 mark, from where salary seems to increase much more slowly. Again, there are many factors that could influence this, but perhaps the main potential reason is because of the younger generation picking up skills and technologies more quickly than their older counterparts, landing them higher salaries from the get-go.

Overall, it is clear that the older you are, the more you are likely to make as an engineer in Japan, regardless of gender. But the speed at which your salary increases changes over time, and increases much faster before the age of 40. If you want a salary better than the average English teacher, perhaps it’s time to brush up your skills and get yourself a job as an engineer in Japan. 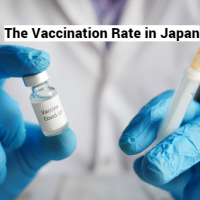 The Vaccination Rate in JapanPrev

Getting a credit card in JapanNext 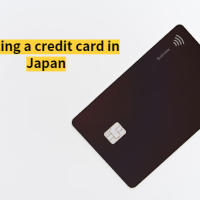