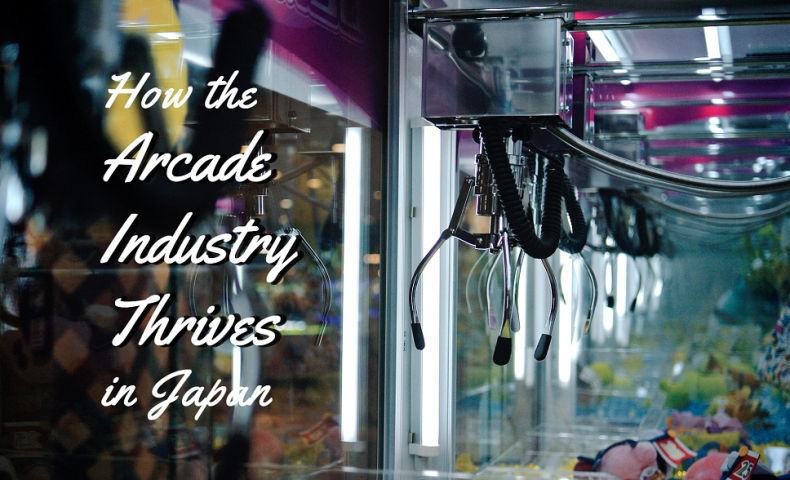 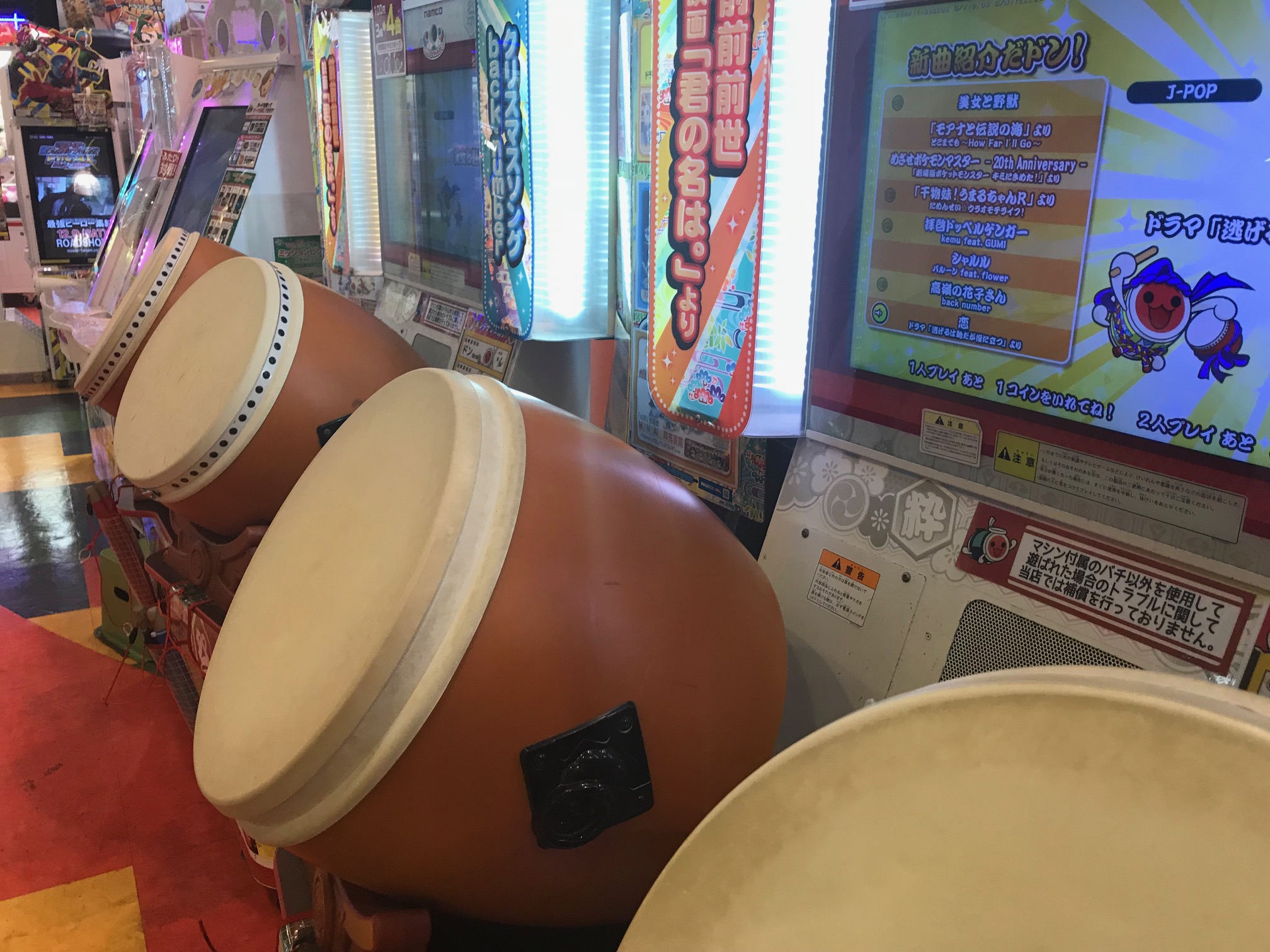 A favorite of all ages:
taiko rhythm games

The gaming industry is changing. Being a gamer in the late 90s and early 2000s consoles like Nintendo’s Game Boy, Sony’s PlayStation, and Microsoft’s Xbox were the tools to tell interesting and interactive stories. Now, with smartphones being on par with handheld consoles, the desire for a designated gaming machine has waned.

Many companies like Final Fantasy creator Square Enix and Pokemon creator Nintendo have taken their famous franchises mobile. Could this be the slow death for the console games? Maybe, but that’s a discussion for another time.

This article is about something us Westerners rarely talk about, the bedrock of the gaming eco-system: arcades (ゲームセンター, gemusenta). “Why don’t we talk about it?” Because arcades have been phased out in our communities for some time, but here in Japan arcades flourish. Arcades have been a part of the Japanese culture since their inception and constantly attract new generations of gamers. Here are a few reasons I believe why arcades are still going strong in Japan. 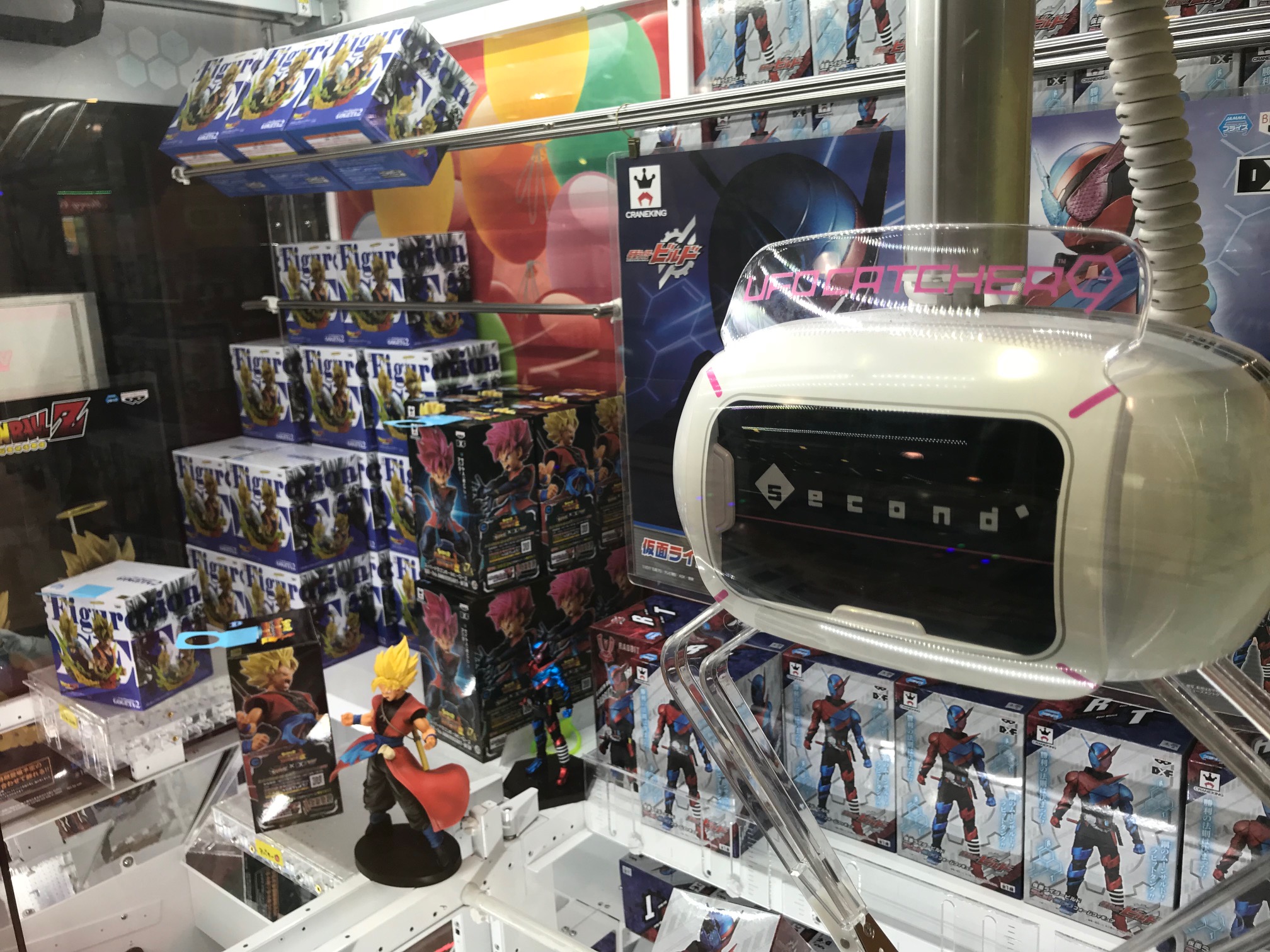 Many times these crane games will actually have exclusive prizes, which you can’t buy in normal toy stores. Famous toy producer Bandai even has a line of prizes called “Crane King” prizes that can only be obtained through crane games.

In a previous paragraph I referred to crane games as “infamous”. That is because arcades modify these machines to be addictive to downright cruel, by using the “weak claw” modification. A “weak claw” machine can usually be spotted on the first play when the prize, seemingly due only to its weight, falls through the claw. Customers have complained about this over the years and arcades have responded by changing the scheme.

Now the purpose of the claw is more to push the prize into the prize hole. Even knowing the slim odds, people spend a few hundred to a few thousand yen on the adrenaline rush and the chance to win an exclusive figure or stuffed character.

Mobile Games & The Rise of the Casual Gamer

As more games hit the app store(s) there seems to be a game for everyone. You don’t have to be a dungeon master to play a puzzle or an artist to play a music game while passing time on the train. The abundance of these simple games gives rise to a new wave of “casual gamers”, people who are looking to complete a puzzle or defeat a virtual enemy without spending thousands of yen on PS Vita and 3DS software.

And when these new gamers look for something more they turn to arcades. The games in arcades are similar to the ones on their phones. The games are easy to understand and easy to play. Most importantly, arcade games offer a “one and done” experience: a person can walk into an arcade and play a game once or twice and walk away feeling completely satisfied.

These 100 and 200-yen transactions can yield big profits because arcades are reaching a wide audience of casual gamers. I have a feeling that in the future, the mobile gaming market will increase and so too will the number of casual gamers. 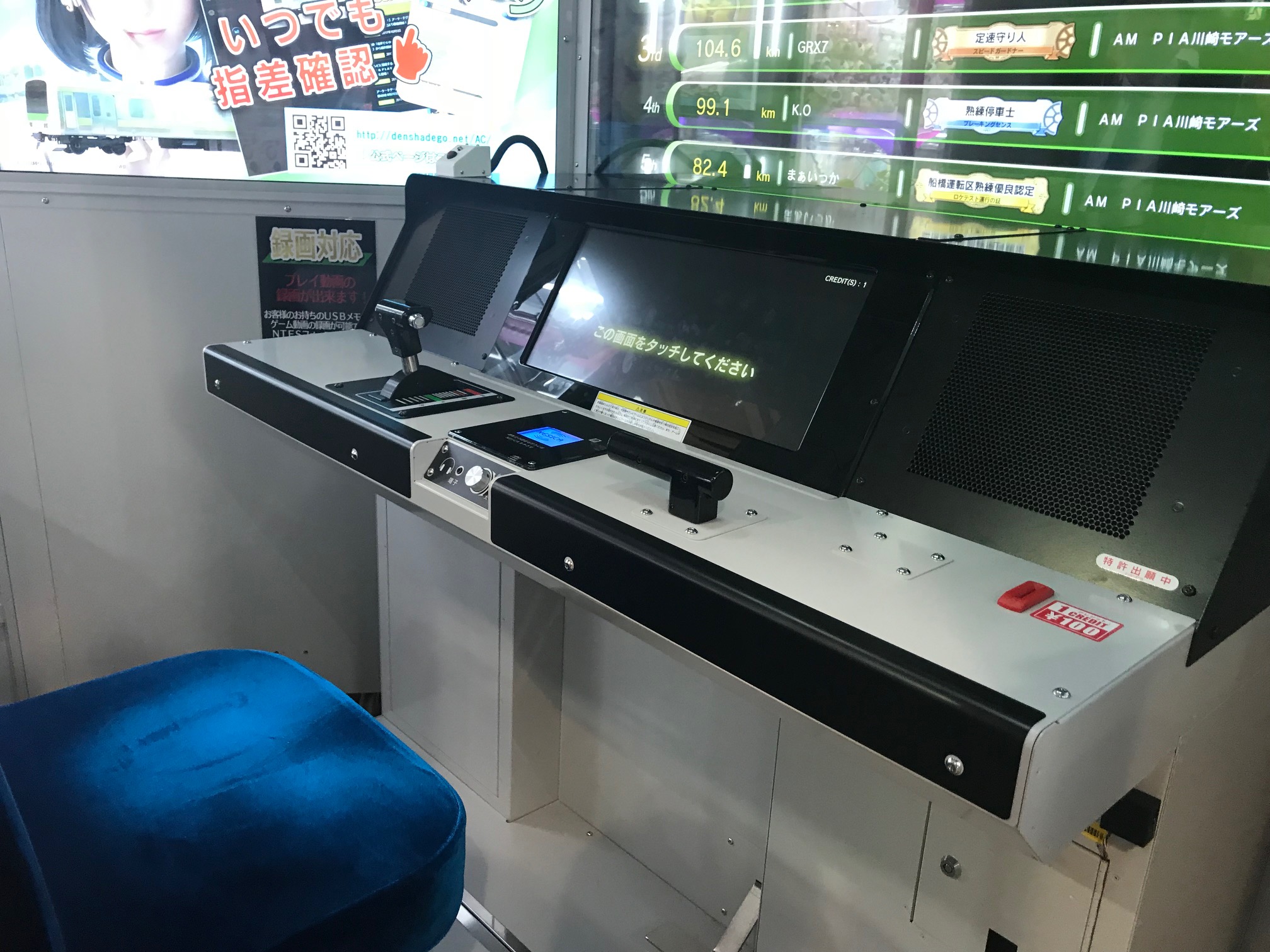 Hop into the conductor’s seat!

The last, but not least, reason why arcades are flourishing in Japan are the unique experiences the arcades provided that attract all types of people. Companies like Sega and Bandai-Namco, that build arcade machines, are constantly looking for an edge. Their biggest goal is to attract customers to their games.

These companies are experimenting with different types of seats, controllers, and screen in order to give an immersive and memorable experience. If the game setting requires you in a cockpit of a giant robot or a train conductor’s seat then the physical device and controls should look and feel like a cockpit or conductor’s cab. Even now, with the rise of virtual reality, these companies are looking for ways to incorporate them into their games.

As a gamer these virtual experiences are what I am most drawn because they are unique. Each game has an individual story and an individual storytelling experience. With some games you can even get a membership card that gives you access to customize your in-game characters. They also allow you to interact with other players in other arcades across the country.

Mobile gaming popularity is on the rise in Japan. It is evident when you step on the train heading home from work: everyone is looking down at their phones either sending a message or playing a game. As the gaming community changes so does its needs and desires. What it needs is a unique experience, different from the small tablet or phone screen, so arcades provide the answer. Arcades have been the foundation of gaming in Japan and I believe that they will continue, well into the distant future. 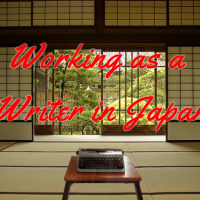 Working as a Writer in JapanPrev