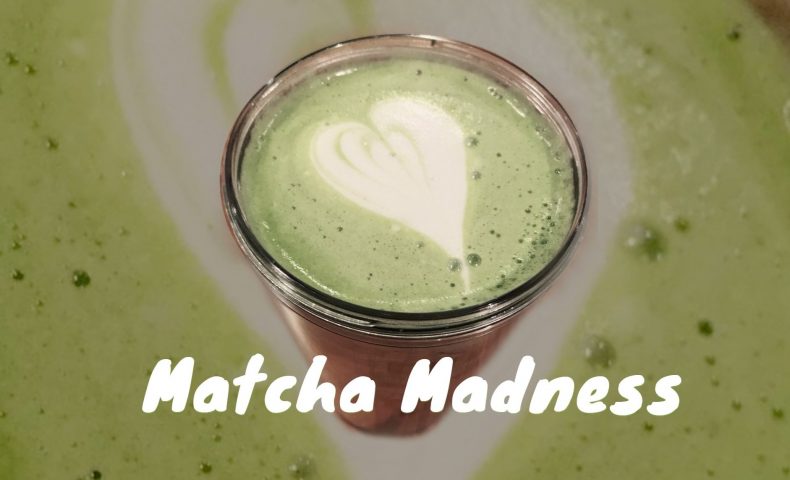 Nothing screams “Japanese” quite like hot cup of green tea. While sushi and samurai movies have bled into foreign culture via sushi, and movies like The Last Samurai and 47 Ronin popping up in theaters, green tea seems like the most authentic and true-to-its-origin Japanese pleasure.

Even in lattes and cakes, green tea retains its taste, never bowing to any competing flavors. Within the last several years, green tea has been praised for its anti-oxidants and the low amounts of caffeine.

So where does green tea come from? What role does it have in shaping the history of Japan? And how can you, a fan of fantastic flavors, best enjoy green tea foods and drinks?

History of Matcha and Green Tea 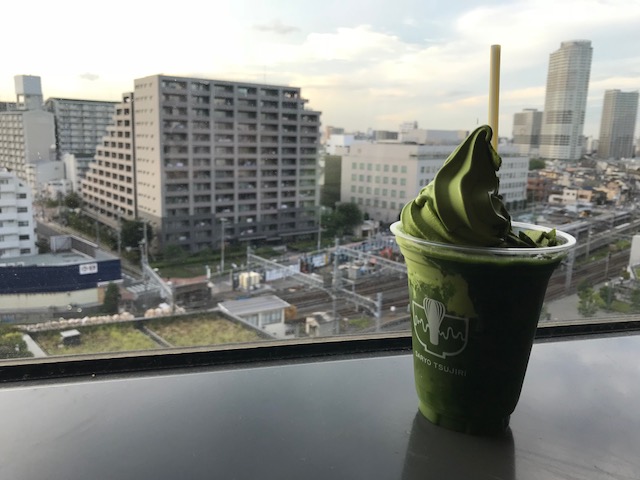 Green tea can trace its roots (not the literal ones) back to eighth century China. The Chinese would prepare the tea by first roasting and pulverizing the leaves, and then soaking the grounds in water. Buddhist would drink this tea in order to focus, or “center”, themselves during meditation.

Eventually, around the twelfth century, Japanese Buddhist monks would learn about the tea on their spiritual journeys to China and bring it back to their temples in Japan. Japanese Buddhist monks like Eisai and Myoue were responsible for planting the first green tea seeds in Japan, as well as adding the tea consumption to religious ceremonies. The Japanese modified the Chinese preparation by adding a steaming step to the process and eliminating the roasting step, which maintains the rich flavor and the tea’s distinct green color.

Green tea and the ceremonies revolving around its matcha preparation and serving were, for much of history, only carried out by the higher echelon of Japan. The samurai and court officials drank green tea at the persuasion of the Buddhist monks. Slowly, throughout time, the health benefits were realized and green tea grew in popularity; now it can be found in almost every home and every vending machine in the country.

Ochya (お茶, ochya): The standard green tea, made from soaking the leaves in water, much like black tea
Matcha (抹茶, maccha): A powder made of the green tea leaves, added to water and consumed by drinking
Houjicha (ほうじ茶, houjicha): Roasted green tea, also consumed like ochya and black tea

The Art of Green Tea Making

For those who are planning to come to Japan, tea ceremonies are a must. The tea ceremony (茶道, sadou) is the art of making a proper glass of green tea. Many Japanese who enjoy the “days of yonder past” go to classes to learn all the tradition surrounding each step.

If you are just traveling or are showing your friends around, then visiting a school or a tea ceremony house is a great activity. Just make sure you check the duration of the ceremony before registering to attend; tea ceremonies may run from a half-hour to several hours. That’s quite a long time sitting in seiza (正座, seiza, sitting on your ankles)! 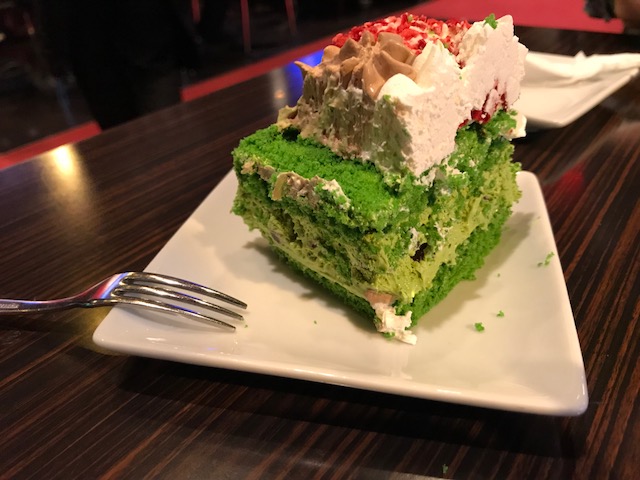 A crazy cross section of a green tea birthday cake

Green tea is consumed is more ways than just tea. There is baking with matcha. Two of my favorite snacks to make are matcha roll cakes and matcha cheesecakes because you can freeze them and eat a slice on a hot summer’s day.

One thing to keep in mind when baking with green tea is to buy cooking matcha, not drinking matcha. While both can be used for cooking, the cooking matcha has a much stronger taste which will persist in your final product. If you use drinking matcha you will hardly taste it in the results.

If you are not up to the challenge of making your own matcha snacks there are plenty available around Japan. Sometimes you don’t need to look very far to fill your cravings. Matcha Ice Cream, matcha Kit Kats, and matcha Pokky are all popular treats found in most supermarkets and convenience stores. They make great souvenirs for family, friends, and co-workers. Well, maybe not the ice cream; that wouldn’t make it to the airport.

Green tea is Japan. It is rooted in Japanese culture. All natives and most foreigners have tried the drink and will have some opinion. Green tea makes for a great icebreaker both as something to serve as well as a talking point.

Do you like green tea? Do you like matcha lattes? How about matcha cakes? What other drinks do you like? All of these are great questions and, in my opinion, much better than talking about the weather.

P.S. I’ve gone through at least four 600ml bottles of green tea writing this post. Buddhist monks were right: the tea does give you energy (caffeine) while not making you want to bounce around the room, like coffee. 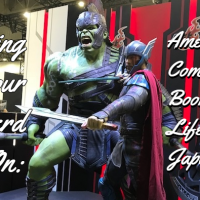 Getting Your Nerd On: American Comic Book Life in JapanPrev

What are working hours in Japan?Next 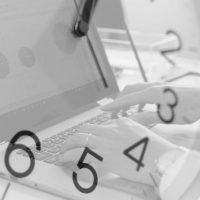