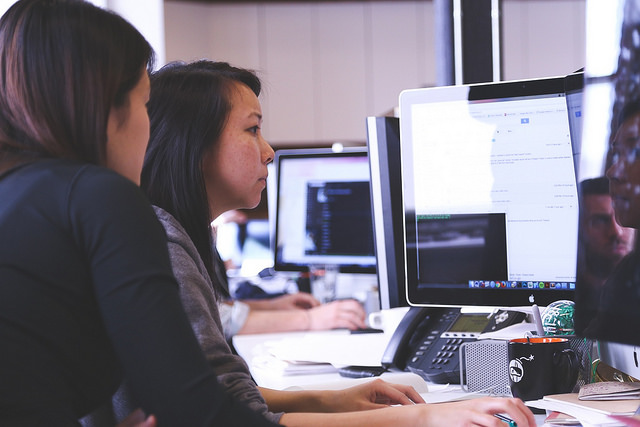 [Blog] Making a Career in Japan

As with the rest of the world these days, working trends in Japan are far more fluid than they used to be. To a great extent, this is due to an increasing shortage of skilled labour as the population ages, making the future of the Japan job market somewhat uncertain.

Just a few years ago, foreigners who came to work in Japan could usually find fairly well-paid jobs and make good use of their qualifications and experience. Coming to Japan was, for many, a good career move, and one that provided a comfortable lifestyle, as well as the freedom to pursue cultural and tourism-based activities, etc.

The situation today is nowhere near as favourable, but it is not a lost cause; there is still work for foreigners in Japan. In this article, I will look at some of the options available to English speakers. 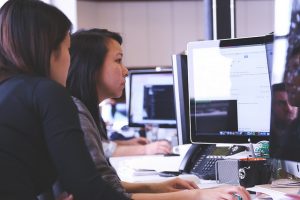 Twenty years ago, teaching English as a foreign language (TEFL) was typically an extremely well-paid job in Japan, especially in the major cities. However, a downturn in the private sector resulted in some cut-throat business practices, many school closures, and a few high-profile bankruptcies. Of course, the private sector EFL market has survived in Japan, but due to now far lower rates of pay, often unsocial working hours, and the dubious nature of very low end schools, it fails to attract as many qualified EFL instructors as it once did.

Having said that, some established private schools do recruit teachers from abroad. It is somewhat rare, but it does have the advantage of letting candidates know in advance what the pay and conditions will be like, as well as providing sponsorship, and even accommodation.

Japanese universities can be public or private, but either way, their EFL instructor posts are much coveted and usually require candidates have a Masters Degree. For academics with a PhD in Applied Linguistics, a university post can offer an excellent salary and comparatively short working hours, as well as other benefits. Classes can be large and student motivation low, but as downsides go, few would argue that was an impediment.

In the public sector, the JET Program is a Japanese government scheme to promote greater  internationalisation. The program recruits college graduates, mostly from North America, into jobs with local education authorities. Around 90% of JET recruits end up working as Assistant Language Teachers (ALTs) in primary and junior schools.

The program is a popular way for young graduates to experience Japanese lifestyle and culture, as well as adding interest to their CV/Resumes. If nothing else, the JET program is an interesting way to kill time after university.

However, because most ALTs lack any formal TEFL qualifications, they are considered by many to be adding to the perennial problems that afflict mandatory English education in Japan. Furthermore, JET pay is not great, and conditions vary, so participants may not feel sufficiently motivated to develop good teaching practices.

Obviously, teaching English has been an important source of income and security for foreign residents in Japan for many years, but most will at some point feel the need to move on. Some return home, or look for posts in other countries, whilst others, perhaps with a vested interest in remaining, seek a career change in Japan.

As you might expect, there are a lot of foreign companies operating in Japan that employ English speaking staff, though sometimes only seasonally or irregularly. For professional people seeking career opportunities here, the best positions are generally offered through overseas recruitment or transfers within one’s own company structure. Again, the advantage is that you will know what the pay and working conditions are in advance, and what kinds of support are available to you.

As I said at the beginning, the job market in Japan is very fluid, so if you’re looking for a career change while already in country, the kinds of available vacancies may change month by month. But probably the best resource for job seekers in Japan is the Japan Times newspaper; vacancies in such diverse fields as sales, investment banking and IT, as well as EFL, can regularly be found through the classifieds section of Monday’s edition. But be aware, even jobs with foreign companies may require Japanese skills.

Jobs may still exist for English speakers in Japan, but being a native English speaker is much less important than it used to be. In fact, you are far more likely to find employment if you have good Japanese ability. But of course, this makes perfect sense as it extends the variety of work you can do. Whether in office work or banking, construction or publishing, there are jobs in Japan for foreigners who are able to communicate within the Japanese working environment, and who can adapt to Japanese working practices and rates of pay.

In many ways, reasonably well-educated foreign workers with good Japanese skills may actually be preferred by small and medium sized Japanese companies. Indeed, many such companies lament how hard it is to find Japanese staff with good English and personal skills – an unfortunate by-product of shortcomings in the Japanese education system, exacerbated by the current atmosphere of economic uncertainty.

In seeking a new career path, those foreigners who are able to fully commit to the Japanese working environment, and accept possibly lower pay and longer hours, may become welcome additions to the workforce. Besides, I doubt the situation is very different for those who choose to return to their own countries; the global economic downturn has made austerity a fact of life for us all. Thus, many former english teachers, and others with personal reasons to stay in Japan, have taken jobs in Japanese company offices.

These days, many prominent Japanese companies are keen to acquire the expertise of foreign professionals, and not only for white collar jobs. For example, there is a growing need for skilled engineers in Japan as most major automotive and heavy engineering corporations prefer not to ‘offshore’ their operations to other countries, as do smaller companies. The construction industry too employs many skilled, semi-skilled and unskilled workers of various nationalities. It goes without saying that those with the most to offer will reap the best rewards, but few foreign workers will be able to enjoy a secure working life in Japan without Japanese skills and the income of a spouse or partner.

After the EFL market stopped being such a lucrative business for English speakers, many out of work teachers went to work for the specialist recruitment agencies that supply foreign professionals to both foreign and domestic companies. These so-called ‘head-hunters’ work on commission and can make a lot of money in a good year, though it takes a particular kind of person to make a career out of recruiting. It is also the kind of job that perhaps suits people who already live here and who need, or are forced into, a career change. How sustainable recruiting is as a career is debatable, but it can be a way to move on from a job that has become unsatisfying.

Many people arrive in Japan with no particular skill set or professional qualifications at all, whilst some existing residents may be forced to leave their preferred careers and subsequently find it difficult to get a new job and will take anything as a stop-gap. For people with formal Japanese ability (keigo; the polite standard Japanese taught in language classes), there is an increasing number of jobs in the service industry. Restaurants, fast food outlets, ski resorts, etc., are all possible sources of irregular or seasonal work. However, there are some immigration restrictions that make this kind of work only suitable for people with spouse visas.

As a means of immersing oneself in this fascinating culture, working in Japan can be extremely rewarding, both in a professional and personal sense. But it can also be confusing, frustrating and disappointing, especially if you have unrealistic expectations. It is always wise to bear in mind that the Japanese themselves will be just as deeply affected by long hours, low pay and occasional exploitation by employers. The only difference is that the Japanese are born and educated into the system. For this reason, it is those foreign residents with a personal investment in the people, culture and lifestyle who tend to have a more successful time of it here.

Unless you are one of the few who can ‘write their own ticket’ professionally, be prepared to take whatever work is available, expand your prospects by learning Japanese, and use this as a way into a more sustainable long term job option.

[Blog] Tackling the JLPTs: Part 1Next