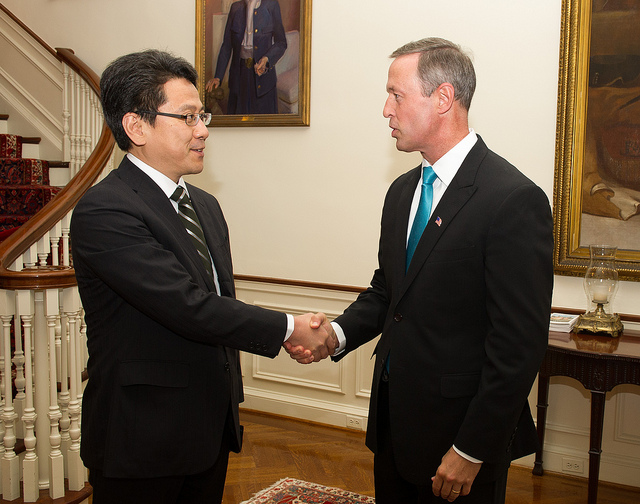 I think it fair to say that business performance anywhere in the world is highly dependent on the appropriate use of language. Furthermore, the language for business and commerce arises out of the prevailing business culture of a country or area, rather than from its extant culture per se. This is as true of Japan as it is of any other trading nation and, as such, represents a real challenge for any foreign national who wants to work for a Japanese company.

How We Gaikokujin Learn Japanese

Those of us who have lived and worked in Japan for any length of time will know that modern Japanese can be quite a complex language to master. Certainly, the written form presents many problems for those who speak Indo-European languages, such as English, though developing Japanese reading and writing skills is not insurmountable.

Conversational Japanese is fairly simple to acquire, both grammatically and lexically, so many foreigners are able to become fluent speakers without too much effort. Probably most foreigners living in Japan only attend Japanese language courses for as long as seems necessary, supplementing this learning in broader social contexts with friends and colleagues.

But as we all know, the real complexities of Japanese lie in its register; or, put simply, its polite and casual forms. It is these forms that relate directly to Japanese cultural norms, so incorrect use of them can seriously affect the way others (Japanese) see you. Similarly, as a company employee, improper use of language and register can impact on your performance. Indeed, many Japanese employers will baulk at taking on foreign staff who are not conversant with business Japanese norms and etiquette, even if they are otherwise fluent speakers.

What We Should Be Learning

The polite form, or teineigo (丁寧語), that we learn in Japanese language classes is fine as far as it goes, but in a business context its usefulness may be limited to interactions between equals (in age, status, position, etc.), or with strangers whose social standing is unknown to us. However, teineigo is only part of a broader form of Japanese called keigo (敬語), which literally means “respectful language.” Of greater importance in Japanese business culture are the forms sonkeigo (尊敬語), which also means “respectful language” and kenjōgo (謙譲語), or “humble language.”

Whereas teineigo’s formality is fairly neutral, sonkeigo’s is always specifically directed toward those of a higher status, such as one’s boss, a teacher, or a customer, etc., and is used when talking about something the other person has done, is doing, or is going to do. Furthermore, there is one form of sonkeigo used with customers, suppliers and clients, and another, less formal style one would use in-house with colleagues. Both forms of sonkeigo are characterised by different grammatical inflections and, to some extent, lexical choices.

In many ways, sonkeigo is used to elevate the status of the person one is talking to. Kenjōgo, on the other hand, is used to lower one’s own status. Like sonkeigo, it is used when speaking to someone of higher status, but only when talking about something you have done, are doing, or are going to do. If you know the English expression about ‘not blowing one’s own trumpet,’ you will appreciate what kenjōgo is all about. Again, it carries its own grammatical inflections and lexical choices.

How Can I Learn Keigo?

Most Japanese language courses only teach the standardised, polite form of the language that is useful in general situations. Similarly, the JLPT (Japanese Language Proficiency Test), which has no speaking component, is only concerned with general levels of comprehension and proficiency, not the specific skills required of the Japanese business environment.
Obviously, a course in business Japanese, and one that includes suitable instruction on keigo usage, is the way to go for anyone looking to make a career with a Japanese company. In fact, if you are studying Japanese at a university, keigo will probably be a major part of the syllabus. Many people who have studied Japanese before will learn business Japanese at a later date, whilst others may supplement their general Japanese courses with self-study material in business Japanese.

When it comes to testing and evaluating proficiency for the workplace, many Japanese employers are still happy to consider candidates who have achieved JLPT (Japanese Language Proficiency Test) level N2 for positions, but usually only where all one’s work would be conducted in-house, so to speak. For jobs in sales, purchasing, or any other work that involves meeting and negotiating with outside companies, the JLPT might not be as useful.

To really impress a prospective employer, or improve your standing within a Japanese company, the BJT (Business Japanese Proficiency Test) is a must. Originally offered by the Japan External Trade Organization (JETRO) back in 1996, the test is now also supported by a variety of organisations that promote Japanese language learning, both in Japan and the Asia-Pacific region.

The BJT is designed to test one’s communicative proficiency in business settings and is comprised of three parts: listening; listening and reading; and reading. As with the JLPT, there is no speaking component. The test assumes candidates already have a basic knowledge of Japanese and so provides only an objective assessment of one’s ability to process and respond to multiple-choice questions pertinent to a broad range of situations in a Japanese business context. There are no pass or fail marks, but candidates will receive a points score on a scale from 0 to 800.

BJT results are increasingly being used to evaluate foreign students for Japanese university entrance exams, as well as by the immigration authorities in determining eligibility for international student visas. With 19 testing locations in Japan, and many others throughout South-East Asia, it is not surprising that many Asians are taking the BJT to enhance their employment and study opportunities in Japan.

In my experience, Westerners are granted a good deal of latitude when conducting business in and with Japanese companies; our errors with Japanese language and levels of formality are often dismissed with perhaps a wry smile, to begin with at least. It is almost as though we are not expected to know any better!

However, the bar is often set that much higher for other Asians working in Japanese companies, where not using the correct greeting, or showing the right level of respect, might not be so easily tolerated. Of course, there are some traditional enmities still at play between the Japanese and some of their Asian neighbours, indeed some racist views. However, this is by no means the norm, and many of the stories that circulate regarding attitudes towards foreign workers are apocryphal at best. I’ve seen quite a few company employees given a dressing down by their bosses over the years, and only one of those was non-Japanese!

As you can see, Japanese business culture demands more than just a general level of Japanese ability of its foreign workers, and I have not even touched on the non-verbal forms of communication, or the importance of exchanging business cards. But I hope this article may have given you some insights into enhancing your career potential with Japanese companies.

[Blog] The Fun in Japan – FoodPrev

[7/18]New Challenges have been updated!Next