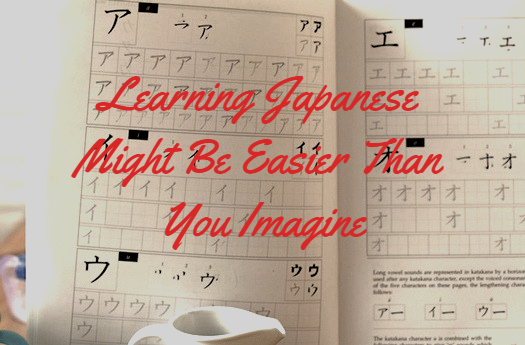 For many foreigners who are planning to come to work in Japan, learning the Japanese language may seem like a daunting proposition. Yes, learning Japanese is important, especially if you plan on working here for any length of time, but for any suitably motivated individual, language is much less of an obstacle to integration than you might imagine.

Now, you might feel the need to start learning Japanese as soon as you step off the boat, figuratively speaking, or before you set sail even; well done, if that’s you! But you may want to acclimatise yourself to your new surrounding in other ways before getting to grips with Japanese verb conjugations.

Fortunately many Japanese people understand at least a little English, and English signs and information abound, so dealing with people and situations on a day to day basis is, arguably, easier than it is in many major European cities. Getting around too is quite easy, with rail maps in English, station signs in English and many trains having bi-lingual announcements to help you know when to get off.

Japanese employers, in the main, are extremely helpful towards newcomers, handling everything from landlords to the tax man on your behalf, or until you can deal with things by yourself. And if you have a Japanese partner, you’ll be laughing, as they’ll gladly shoulder much of the burden while you’re settling in and learning the basics of Japanese. They’ll even hold your hand down at the casualty department after you’ve gashed your head open on some insanely low door frame.

You might think that English language teachers would be good at learning Japanese, being in the know, so to speak, but in my experience, they’re the worst. Maybe it’s because they don’t typically use Japanese in their work, or because they don’t intend being around long enough to justify learning anything much beyond bar speak.

The point is, you don’t have to understand what the term verb conjugation means to learn a language; just trust that your teacher does. As far as Japanese grammar, or phraseology, is concerned, it’s a lot easier to learn than gender-inflected languages like French or German, for example. Furthermore, much of what one learns of Japanese will be common phrases which are almost infinitely reusable in a wide variety of contexts, and if you get it wrong from time to time, the Japanese are much too polite to make a fuss about it. Can you say that of a French or German person?

Similarly, learning Japanese vocabulary is a piece of cake. On its first page, my old Japanese vocabulary workbook claimed that Japanese was lexically impecunious (at the time, I had to look up what impecunious meant in my Oxford dictionary). I think what they meant was that Japanese has a paucity of expression. Be that as it may, needing to learn fewer words to be understood might help you to master the language sooner, just as using fewer notes would have made Mozart a better composer.

Okay, so far I’ve told you not to sweat it; to learn Japanese in your own sweet time and at your own pace, but sooner or later your boss might begin to lament your inadequate grasp of Japanese, or you just feel embarrassed by how little you’ve learned by taking it easy. Now might be a good time to start looking for a Japanese course. If you’re very lucky, your employer might send you for lessons, but most of us have to find Japanese language schools for ourselves. There are plenty of options, some more expensive than others, but price is no indicator of quality in a society hell bent on rote learning. In fact, some of the best options available to you will probably be free!

When I first came to Japan, a friend pointed me towards free Japanese classes being held at Shakaden Reiyukai Buddhist Temple, close to Tokyo Tower, and which are still being offered there to foreign residents today. But there are many such free classes being run throughout Japan by local authorities, city and ward community centres, voluntary groups and other non-profit organisations, as well as religious institutions. But don’t worry; none of these options will oblige you to shave your head, wear orange robes and chant.

When I first came to Japan, there was no internet, so we had to do all our Japanese self-study with books… if you remember what they were. We didn’t have mobile devices either, but given the way we constantly prioritise them in our travel and leisure time, it’s not surprising that they are fast becoming the biggest aid to self-study since polished copper. This is just a very short list of some apps you might find useful for studying Japanese while on the move:

Back in 1981, Chris Langham, an English stand up comedian, had a routine where he demonstrated how to speak Japanese by being cold, constipated and forgetful (you can still find this on YouTube: https://youtu.be/mI_6976jETc). Of course, he was speaking gibberish, but it was a nicely observed bit of humour, probably inspired by characters in samurai movies and Japanese endurance TV game shows that were popular in the West at that time.

The fact is, you can learn a lot about pronunciation, intonation and register by listening to how the Japanese people around you, or on TV, speak and behave with each other, even if you don’t necessarily understand what is being said. And even if you know how to say you are pleased, annoyed, amazed, bored, etc., sounding like you mean it, or mean it in the right way, may be another thing entirely.

Even so, you don’t have to sound like a game show host, a movie shogun, or even your boss to get your point across for, although some foreigners truly do turn Japanese in this respect, most of us realise that being yourself is what really matters. Thus, I can be as laconic and taciturn in Japanese as I am in English, and as cold, constipated and forgetful in English as I might be in Japanese!

In actual fact, Japanese pronunciation is remarkably easy to learn when you understand the prominence of syllables and how they are written and pronounced. To this end, I strongly advise learners to master the two kana scripts, hiragana and katakana, as soon as possible.

Both scripts, or syllabaries, represent all the individual sounds of modern Japanese. In simple terms, hiragana is a cursive syllabary which can be used to write complete Japanese words, or to provide grammatical inflections to Chinese characters (kanji), whilst katakana is most often used to render foreign or loan words into the Japanese pronunciation scheme.

It doesn’t take too much effort to master the kana scripts and you’ll learn a great deal about the way Japanese words and phrases are constructed and pronounced, especially the tendency towards generally even stress on syllables. It’s also an important first step towards reading and writing in Japanese. Did I mention that when I first came to Japan, there was no internet and we had to learn everything from books? You lucky learners today can easily find stacks of free online self-study resources and pronunciation guides, as well as mobile apps like Obenkyo.

What Are They Talking About?

It may seem strange to say that reading Japanese newspapers in English can help you to master Japanese, but there’s method in my madness. The English language dailies – Japan Times, Mainichi Shimbun, or Japan News, as well as the online Japan Today – are, as you might expect, full of news that pertains to Japan and the Japanese people, so reading them will keep you abreast of the issues your friends and colleagues are talking about. You can apply the same logic to material about Japanese history and culture too.

In addition, you may also discern political differences between the various publications that you can contrast with what the Western media is saying. It might not help you to distinguish fact from fiction any better, but it will help you to appreciate the things that concern ordinary Japanese people, and the longer you stay in Japan, the more those issues will concern you too.

With the increasing demand for foreign staff at Japanese companies, and the competition for positions this is likely to bring about, people who are motivated by a need to integrate both into the Japanese workforce and the wider society will be the ones who more easily acquire Japanese language skills. I firmly believe that Japanese is easier to learn today than ever before, given the wealth of resources available to supplement, or supplant, classroom learning, but motivation remains the key to success. 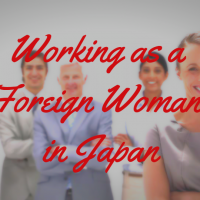 Working as a Foreign Woman in JapanPrev

Finding A Place To Live In JapanNext 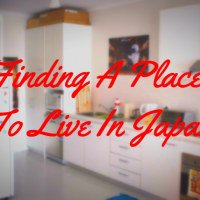