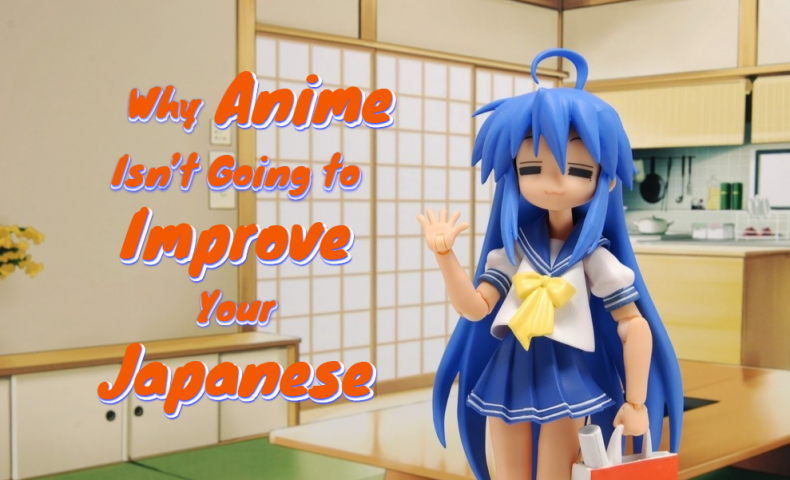 Anime is one of the biggest things to come out of Japan. Any Japan enthusiast worth his weight in sushi has spent time on their computer or TV watching anime. The world- and character-creating that goes into the stories are some of the best on the silver screen, in Japan and abroad. The anime business is a momentous force, going strong with about one hundred titles airing every year. The possibilities for binge-watching on Netflix are endless.

But is there any merit in watching as a Japanese student?

To be honest, the answer is “to a point.” At the beginning it is good to help get your ear adjusted to Japanese, but after that anime could actually become a detriment to your language studies. Personally, I knew I had to cut anime out from my schedule to reach the level of Japanese I needed to pass the JLPT N2. Here are some reasons why I believe anime hinders Japanese studies.

Anime has a plethora of strange characters. There are more ninjas, fire breathers, and pirates than you can shake a stick at. So how do writers make their characters interesting; how do they make them stand out from the other series: by giving each character a distinct voice.

By giving a character a non-conventional way of speaking they stand out from the rest of the cast. Some characters’ ways of speaking are quite different from everyday Japanese, like Naruto’s lead character Naruto or Chinese-stereotype Kagura from Gintama. Some are a little more subtle such as time-displaced characters, foreigners, non-Tokyoite Japanese characters (thick Osaka dialect i.e. Gin from Bleach), or small kids (Lambo and I-Pin from Katekyo Hitman Reborn!).

Having all these unique characters with unique voices makes for a rich story where you can assume a character’s origins by the way they talk. But, this doesn’t help you develop a formal word bank to draw from for everyday conversations. If you are working a normal 9-to-5 in Tokyo, chances are you will never run into people who speak like the characters above. However, once you master the essential sentence structures, grammar, and rules of the Japanese language, you can then utilize some of the interesting anime phrases to add a bit of flair and fun to your Japanese.

How many times (in real life) have you participated in a fighting tournament where all the competitors had superpowers? Slew a few dragons? Or worked as a space cowboy? Zero, right? A great deal of popular anime are fantasy and science fiction. While these stories transport you to worlds of wonderment and amusement, the topics and themes talked about do not appear in everyday conversation. Knowing how to navigate a dungeon will not help you check into a hotel or pass an interview.

Trying to draw useful phrases from unlikely situations is difficult. Without knowing basic grammar, dissecting a conversation to pull out the useful parts is hard. Add the fictional elements on top of that and you are extracting even fewer useful words and phrases. At the end of an anime watching marathon you might only get out a handful of useful words and, maybe, two or three useful phrases.

Long Conversations are Few and Far Between

The great thing about the animation medium is that animators can explore a great deal of action and adventure that would cost millions of yen in CG effects if they were filming live-action. Some of the fights in Dragonball and Naruto Shippuden are so entertaining that I can only describe them as “art in motion”.

But, because these series are so action-oriented, there are barely any long conversations. If all you listen to are five minute conversations, you lose some of the tricks and transitional phrases you need for everyday long conversations like interviews, going to lunch with colleagues, and even going out on a date.

At the end of the day how you progress in Japanese is up to you. If you are content with just watching anime then great, learn Japanese by watching anime. If your goal is to become proficient enough to travel Japan, interact with locals, and get a job in Japan then it would be wise to incorporate podcasts, dramas, and books into your studies. The internet is a great place with a great deal of resources to learn from; use it all and don’t pigeonhole yourself to just anime. Good luck! 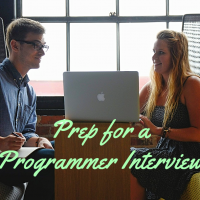 How to Prep Yourself for a Programmer InterviewPrev

Keepin’ it 100 about difficulties you’ll face in JapanNext 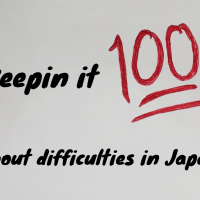