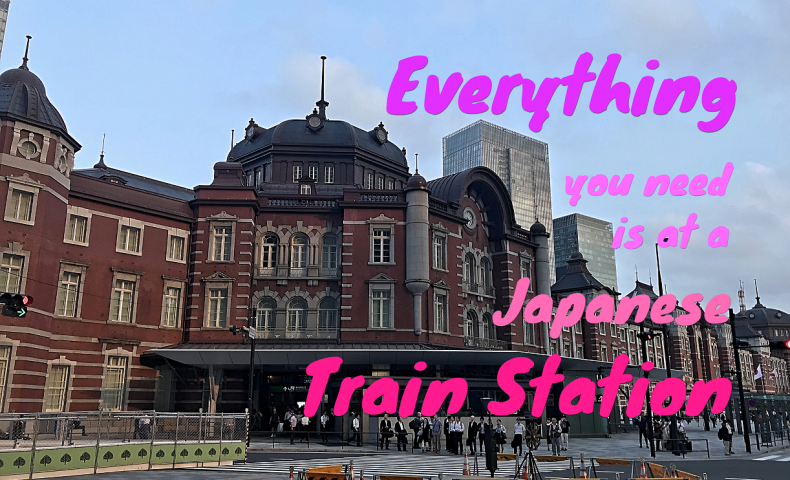 Everything You Need is at a Japanese Train Station

Trains are the lifeblood of Japan. Their rails crisscross like veins and arteries throughout the country. Each day millions of Japanese workers are shuttled in and out of bustling metropolitan areas.

During commuting hours some trains exceed recommended capacity by almost two-fold; Tokyo Metro has reported that some lines peak up to 199%. But, you probably already knew this. If you are interested in Japan, you have probably seen the viral videos for station attendants pushing people onto the trains so the doors will close. It gets crazy sometimes.

Millions of people riding the trains means millions going through electronic turnstiles and making their way through the train stations. Most don’t give a second thought about the station itself; “stations are just a place to get on and off the trains, that’s it.” But that’s the wrong way of thinking.

Sure, that little shack in the countryside that has only one turnstile and a roof that leaks during the rainy season is just a place to catch the train. But if you are in a busy city, a train station can be your one stop shop for everything from soup, to soap, to souvenirs.

Grab a Bite to Eat 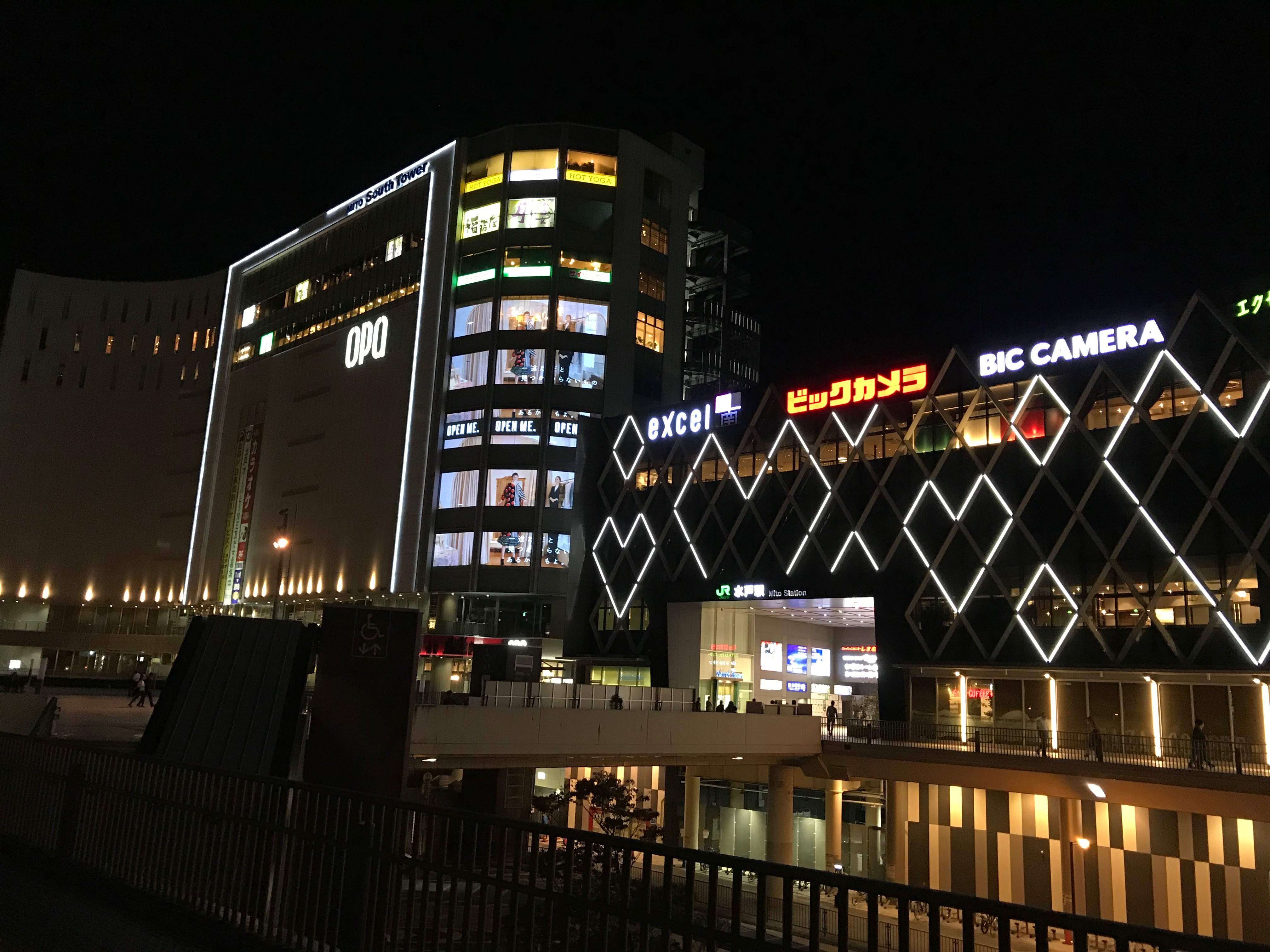 Just last post I wrote about finding restaurants in Japan. In Tokyo you don’t have to travel that far from the train stations to find something to eat. Sometimes you never even need to leave the platform!

That’s right, if you are waiting for your transfer you can easily slip into a small noodle shop that sits between two tracks. Most of the time you can spot these restaurants by the ticket vending machine sitting outside the restaurant. Of course, standing room only, the shops are too small for seats! Platform shops are usually very limited in their menu selection; it’s not their fault, they work in a kitchen the size of a telephone booth.

If you are looking for more variety, chain restaurants place themselves on the other side of the turnstile: McDonald’s offers a cheap bite, Starbucks and Tully’s are nice cafes for a seat, and even Hard Rock Cafe can be found inside a train station (Ueno Station in Tokyo)!

Some of these restaurants allow you to pay with your train pass IC Card for a nice, seamless experience. If you are really on the run and need a quick snack, New Days is a Japan Rail-created convenience store that stocks snacks and sandwiches for those short on time.

While on the topic of food and train stations I would be remiss if I didn’t talk about ekiben. Ekiben is short for “eki-bento” which translates to “station boxed food”. These boxed food are nothing like the PBJ sandwich your parents packed you for lunch at school. They are gourmet samplers or full meals that you can only get at Shinkansen or major train stations. Ekiben represent the local dishes of the city, so a different station in a different city equates to a box stuffed with unique foods.

Shop ’til You Drop 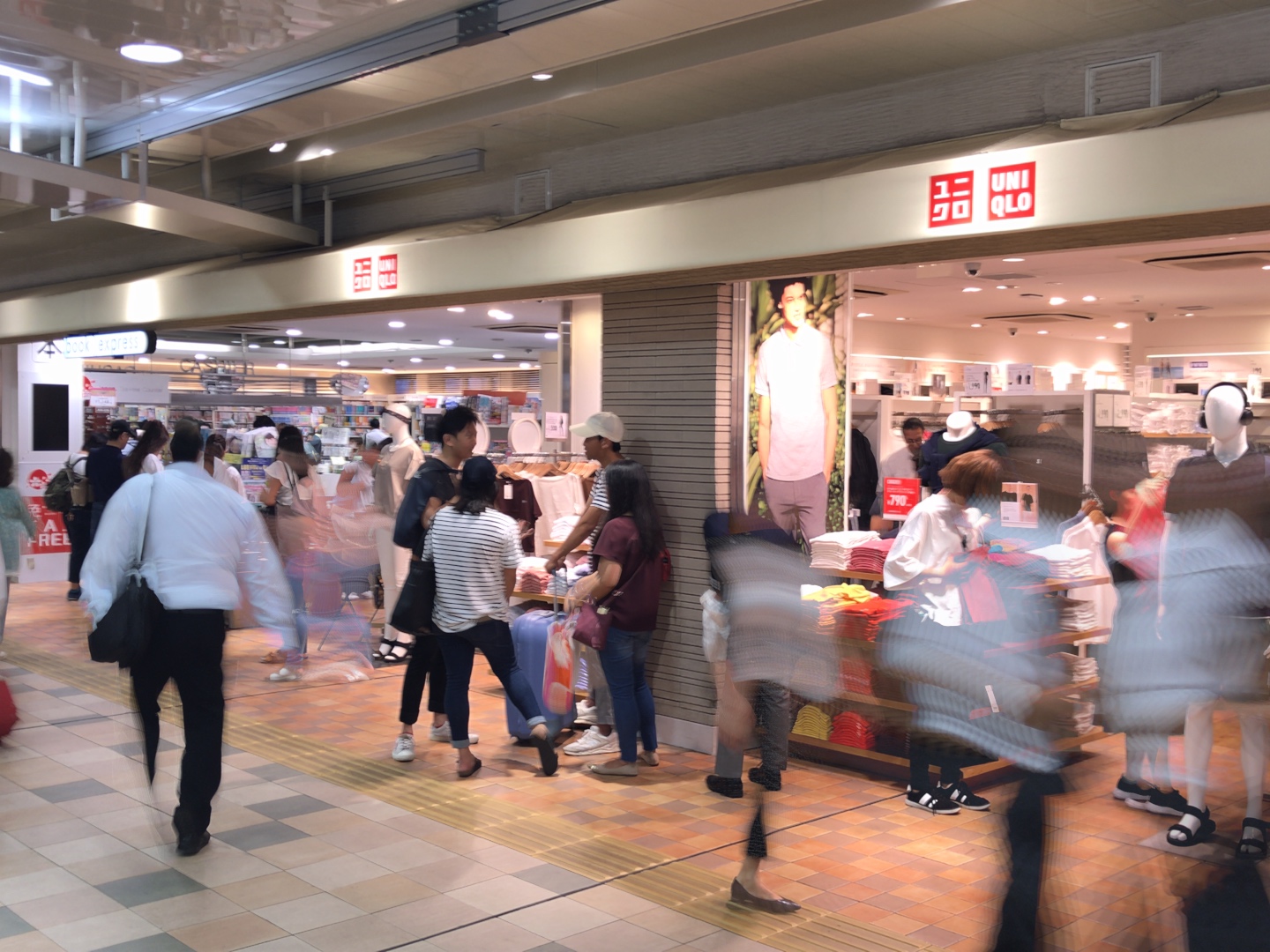 Uniqlo inside the Shinagawa Station turnstiles

If you are in the Kanagawa area stop at Kawasaki station and walk through the THREE malls attached to the station. Shinjuku station has a maze of underground tunnels that can take you to any one of a dozen shopping plazas located around the station.

Grocery stores are also a very common thing to be attached to a residential station. I would say that it should be a must-have when searching for an apartment. Who wants to travel out of their way for a stick of butter or a carton of milk? All three of the stations I have lived near have had grocery stores attached to them.

Trains are a necessary part of Japanese infrastructure. Not only do they provide a means of transportation but also provide opportunities to bring people and businesses together. One of the best parts of living in Japan is that you do not need to stray very far from a train station to get your daily supplies or something you need in a hurry. If you pick the right station it could be your one stop shop for everything you need to survive Japan. 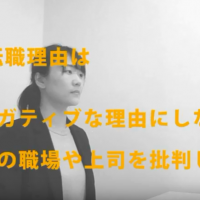 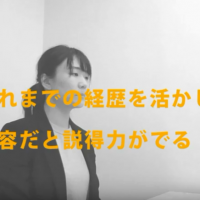