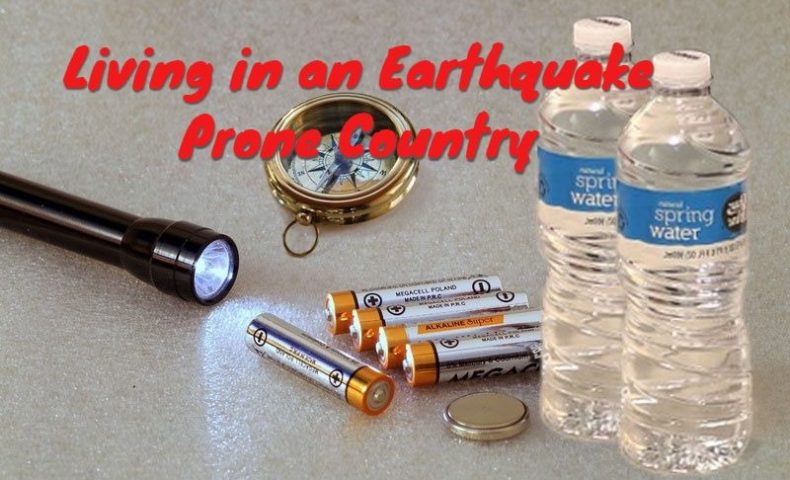 Earthquakes are common for the Japanese people. Earthquakes come and go just like the seasons and the passing tides. Japan lies on what is called “The Ring of Fire” which has some of the most active volcanoes and some of the deepest oceanic trenches. The reason for the Ring of Fire is because countries like Japan are balancing on an edge of a tectonic plate. So Japanese are literally having the earth’s crust moved underneath them.

If you want to crunch some numbers, Japan has on average 1500 earthquakes a year. That is about 4 a day. One of the biggest outliers was in 2011 when 9723 earthquakes were recorded. While many of these are so small they will barely create a ripple in your green tea, others will rip the asphalt apart and launch several-stories-tall waves crashing on the beaches of Eastern Japan.

Earthquakes don’t give much indication that they are coming. Unlike the Atlantic hurricanes, there is no “earthquake season”. One second you are sitting there typing away on your laptop, the next everything around you is reenacting the T-Rex scene from Jurassic Park. I remember the first earthquake I experienced in Japan: I was awakened because my whole body was shaking and lay there on my futon watching my hanging lamp sway back and forth. From that moment on, I knew earthquakes were not to be taken lightly.

So what can you, as an individual do to prepare for an earthquake in Japan?

Prepping your apartment for an earthquake comes down to two points: making sure things don’t fall and setting aside appropriate emergency rations.

If you have a television or bookshelf, they may fall during an earthquake. Investing in anti-vibration items is cheap and can go a long way in protecting your valuables. Here are some things that you can get at your local home supply stores or order off of Amazon Japan:
· Anti-shock pads (耐震ジェル): these are good for putting under tables, vases, and anything that is about knee-level in height.
· Earthquake-resistant straps (耐震ベルト): these straps are meant to screw into your desk or television-stand and keep your television from falling by either locking into the back of the television or wrapping around the base and attaching to the wall. These are also used to keep dressers and other furniture from tipping if children climb up them.
· Telescopic rod (つっぱり棒): telescopic rods have a foot on both sides. One foot is meant to adhere to the ceiling while the other presses on the top of tall furniture like a bookshelf or refrigerator. It helps wedge the item and keeps it from tipping over.

Whether it is an earthquake, tsunami, or fire (or zombie apocalypse) it is always important to keep some emergency rations (非常食, hijoushoku) around the house. While many people think that rations have to be these dry bars or freeze dried packs, that doesn’t always have to be the case. It can be anything with a long expiration date. Some companies offer products like curry and rice that have 5-year expiration date. I keep a mix of food that expires in 1, 2, and 5 years and check the expiration date whenever I do my spring-cleaning.

To go along with the survival rations is a survival bag (非常用持ち出しバッグ, hijouyou-mochidashi-baggu). A survival bag should be the place where you keep your valuables. Valuables include passports, inkan (personal stamp), credit cards, and important forms of identification. It should also include things you might need if the power goes out like a portable phone charger and flashlight. A compass and map could also be included to locate evacuation centers and for finding higher ground. If you have to leave your apartment AFTER an earthquake this should be the first thing you reach for before exiting the building.

What to do in a large earthquake emergency

The first thing you should do is hide under a desk or table to protect yourself from anything falling such as books, glasses, or debris from the ceiling. If you have any type of fire (you are cooking) turn it off immediately.

Once the shaking stops stockpile water wherever there is a facet. Load the sink, tub, plastic bottles, and buckets with water. This guarantees you access to water, as the water lines are often damaged during the earthquake. A quick fact to help put things in perspective: toilets tanks hold 2L of water. That’s equivalent to one of the large bottles you find in convenience stores and food markets. You may not want to drink this water, but it can be used for personal hygiene.

While filling bottles and bathtubs with water make sure you shut off the electricity to your apartment (so know where your breaker is). The asphalt streets may break causing a gas leak. In Japan electricity is the leading causes of fires during an earthquake.

The most important idea is not to panic and run outside. Japan is one of the leading countries in shock-resistant architecture. Tall buildings will sway back and forth but don’t snap and crumble. If you run outside there is a good chance that something may fall on you or you might get hit by a car.

If you are outside then the first thing to do is find a large building. Finding shelter from debris is important. While walking around make sure you avoid any live electrical wires.

If you are near the ocean then you have to worry about the waves that occur after the initial shock. Contrary to popular cinematic belief staying in your car and trying to outrun a massive wave is one of the worst ideas. Many cars get swept away by the current and get tumbled around. Instead it is best practice to get out of the car and get to higher ground, may it be a tall building or a hill.

Earthquakes come in all sizes. Many times it’s only a slight shake but sometimes it feels like someone grabs you by the shoulders and shakes you violently. This blog is not meant to scare you away from Japan or keep you awake at night. Japan has survived, learned and thrived for millennia on shaking ground. The important thing is being prepared for what happens immediately after the shaking stops. 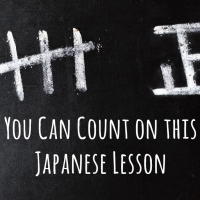 You Can Count on this Japanese LessonPrev

Commuting by Bike in JapanNext 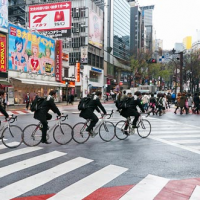