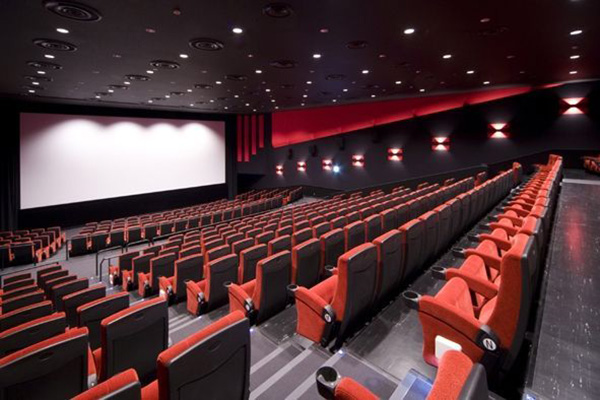 It is that time of year: days are getting longer, businessman have swapped their full suits to golf shirts and khakis (“Super Cool Biz”). It is so hot you could fry an egg on the train station railing. Okay, the last one might be over-exaggerating but summer is here and staying cool is not easy when you’re only modes of transportation are walking, biking, or using mass transit like trains and buses. One way to “beat the heat”, no matter where you are in the world, is to go to the movies.

Unlike spread out countries such as the United States, Japan’s major movie theaters are small in square-meters. Theaters in and around Tokyo, Kawasaki, and Yokohama are usually in buildings housing other businesses like shops and restaurants. The theatre that I frequent is on the 7th, 8th, and 9th floors of the local mall. Sometimes you might find movie theatres that have their own building but these too are also fairly small in size. Japanese movie theatres still pack in a few movies. Most movie theatres house around ten screens and play national as well as international movies.

Release dates for Western movies vary widely.  You have to wait for the movie to be subtitled and dubbed before it is released in Japan and, depending on the movie, this may take a while. There is really no set time from when a movie is first released until it makes its way to Japan. Big budget movies like Marvel’s Doctor Strange took over four months to hit Japanese’s theaters while Marvel’s Guardians of the Galaxy: Vol 2 took under a month, even though they are produced by the same company. Release dates all has to do with marketing campaigns and promotions. A good indicator that a movie is close to being released in Japan is when flyers can be spotted in and around train stations. Train stations, close to movie theaters, are the first advertising spot for marketing agents. Also, if you were waiting for that B-movie that was released in the US to make its way across the ocean you might have to wait until it comes out on DVD. 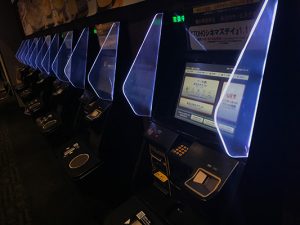 Much like the rest of the world Japan has reduced the number of staff by relying on technology. When buying a ticket you can order online or purchase in person. By “in person”, that would mean using automated machines to select movies, handle cash, and print tickets. But how Japan differs from western countries is that you actually have to choose your seat. Yes, you must pick your seat beforehand as part of acquiring a ticket. If you want that precious middle seat with the best sound good chances you are going to have to buy the ticket online, it is not the “first come, first serve” mentality.

For your soda and snack collection you can find everything that theatres around the world would have: popcorn, churros, soda, and candy… only with additional Japanese style flavors like soy sauce and wasabi.

In a previous paragraph I talked about subbed (字幕版, jimaku-ban) and dubbed (吹替版, fukikae-ban) movies, these are two must know Japanese words before entering a Japanese movie theater. Another interesting word you will come across when seeing a movie trailer or flyer is “Roadshow” (ロードショー, rōdoshō) written almost exclusively in English. Interesting word, not really used much in English speaking countries, what does this mean and where did it come from? “Roadshow” to Japanese people is akin to the English phrase “coming to theatres”. It originated in US theatrical acts where the performers would perform their plays around the US as practice for their final and biggest shows on Broadway. Now the Japanese use it to tell people when they can anticipate a movie premiering at their local theatre. 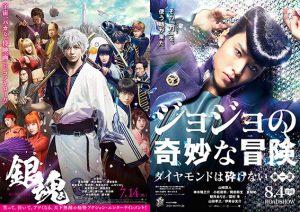 If you live anywhere south of Tokyo prepare to notch down the thermostat in your apartment because it is not only hot but also humid. If you are looking for something to do during the summer nothing beats a good flick. Who knows, your local theater could be doing a classic movie day which you could see Godzilla, a Ghibili movie, or something with Toshiro Mifune (of samurai movie fame) in it. So grab your soy sauce and cheese flavored popcorn, plop down into your pre-assigned seat, and enjoy the comfy cool chair in a Japanese movie theatre.

The Earthquakes in Japan and How to Survive Them at WorkPrev