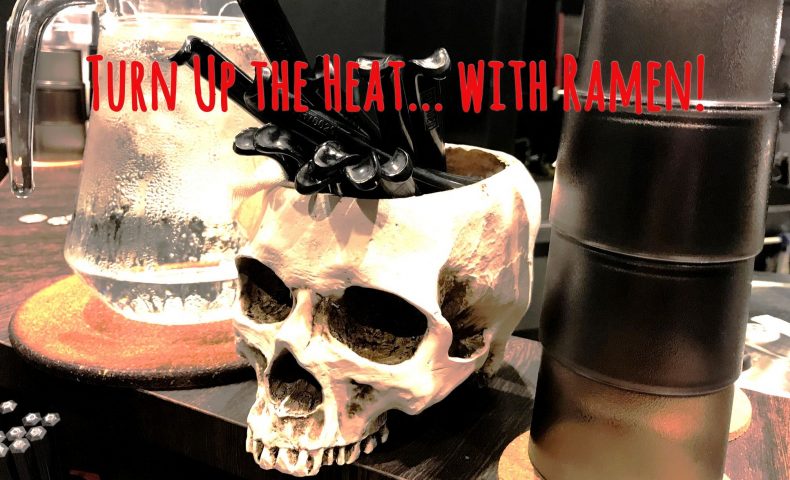 Turn Up the Heat… with Ramen!

I don’t like ramen. Let me correct that: I don’t like most ramen. Ramen to me is a soup with heaps of salt. If you look at the nutritional values of any cup ramen you’ll see that it has about 50-80% of your daily recommended value of sodium. I am not a health freak (I do frequent the gym every now and then), I just dislike salty foods.

What I do like is spicy food. Before I moved to Japan I competed in Atomic and Blazin’ chicken wing challenges. I keep a bottle of Death Sauce on my kitchen counter to add to my various slow cooker and sautéed foods. I enjoy the sensation, the sweating, and the uncontrollable laughter that comes with hot things. So I set out and find ramen that is spicy without leaving a salty aftertaste.

Eat Up a Sweat 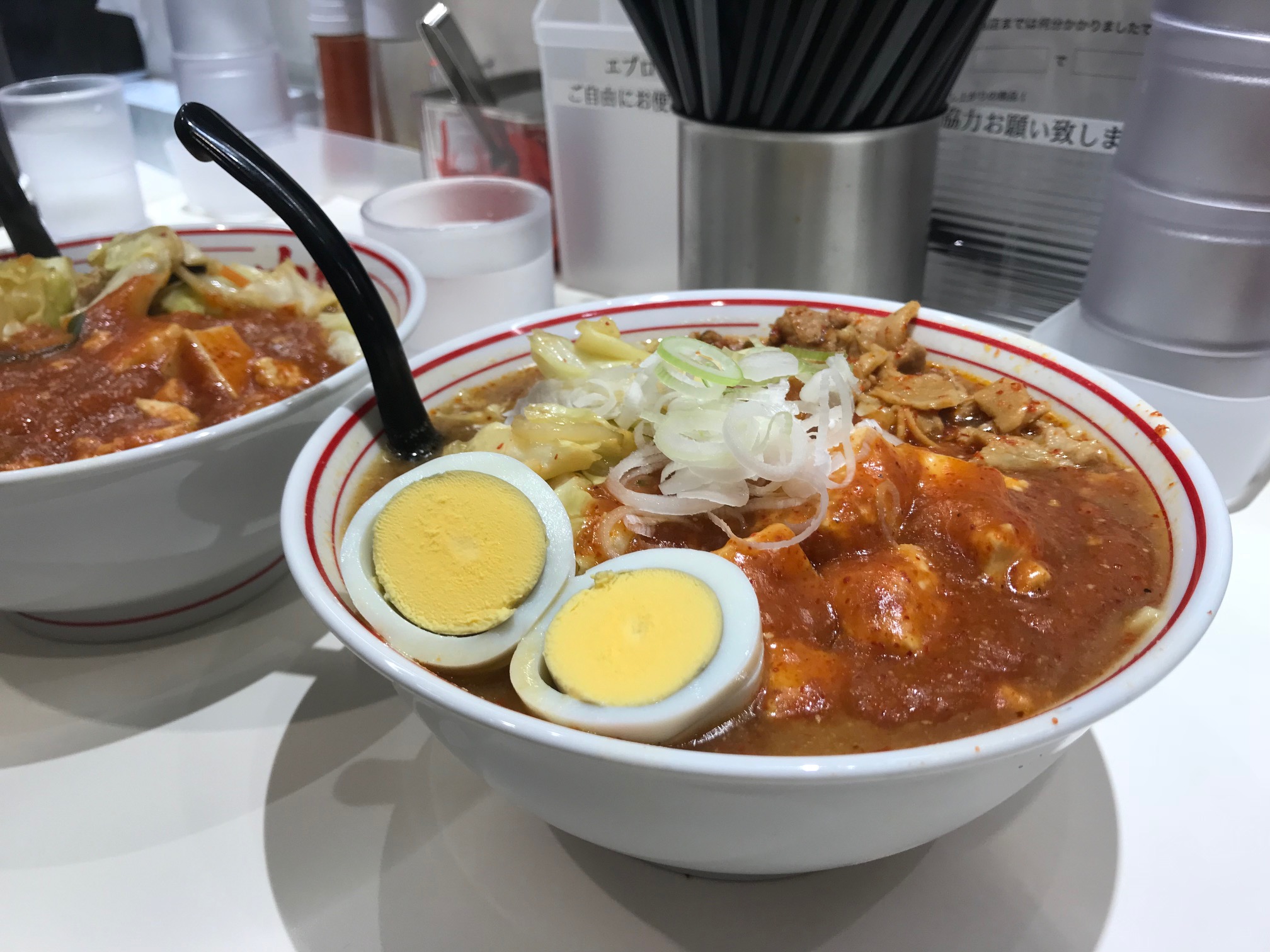 If you are looking for a quick bite anywhere around the Yamanote Line, Moukotanmen Nakamoto is a popular suggestion. During the weekend the lines tend to be out the door with people ready to test their will against the spicy soups.

The menu rates all the food served from zero to nine fireballs. Yes, fireballs. Moukotanmen Nakamoto is frequented by locals and foreigners alike so pictorially showing what is spicy helps people who can’t read Japanese to order. I’ve heard stories of people eating the highest level ramen (9 fireballs), the “North Pole Ramen”, and having to call off work the next day.

Since I am eating for both spice and taste I ordered the 6 fireballs ramen, the “Super Mongolian Mix Ramen”. And what plopped down in front of me could be best described as “heaping mess of heat”. There were pepper flakes everywhere, the soup was clear crimson, and a healthy serving of chili sauce (used mostly in Korean cooking) was floating on top. I decided to mix in the chili sauce to add to the consistency of the soup broth.

The heat hit with full force from the first bite. Like slamming into a brick wall! The heat didn’t affect my mouth but sweat formed on my brow. I easily finished everything and left with a full stomach, the hiccups, and a napkin to wipe of the sweat.

Was it tasty? It was pretty good, not great, but pretty good. Was it hot? Pretty hot. Would I try the North Pole Ramen? Yes. I think Moukotanmen Nakamoto knows how to bring the heat without overdoing it.

From the Depths of Hell 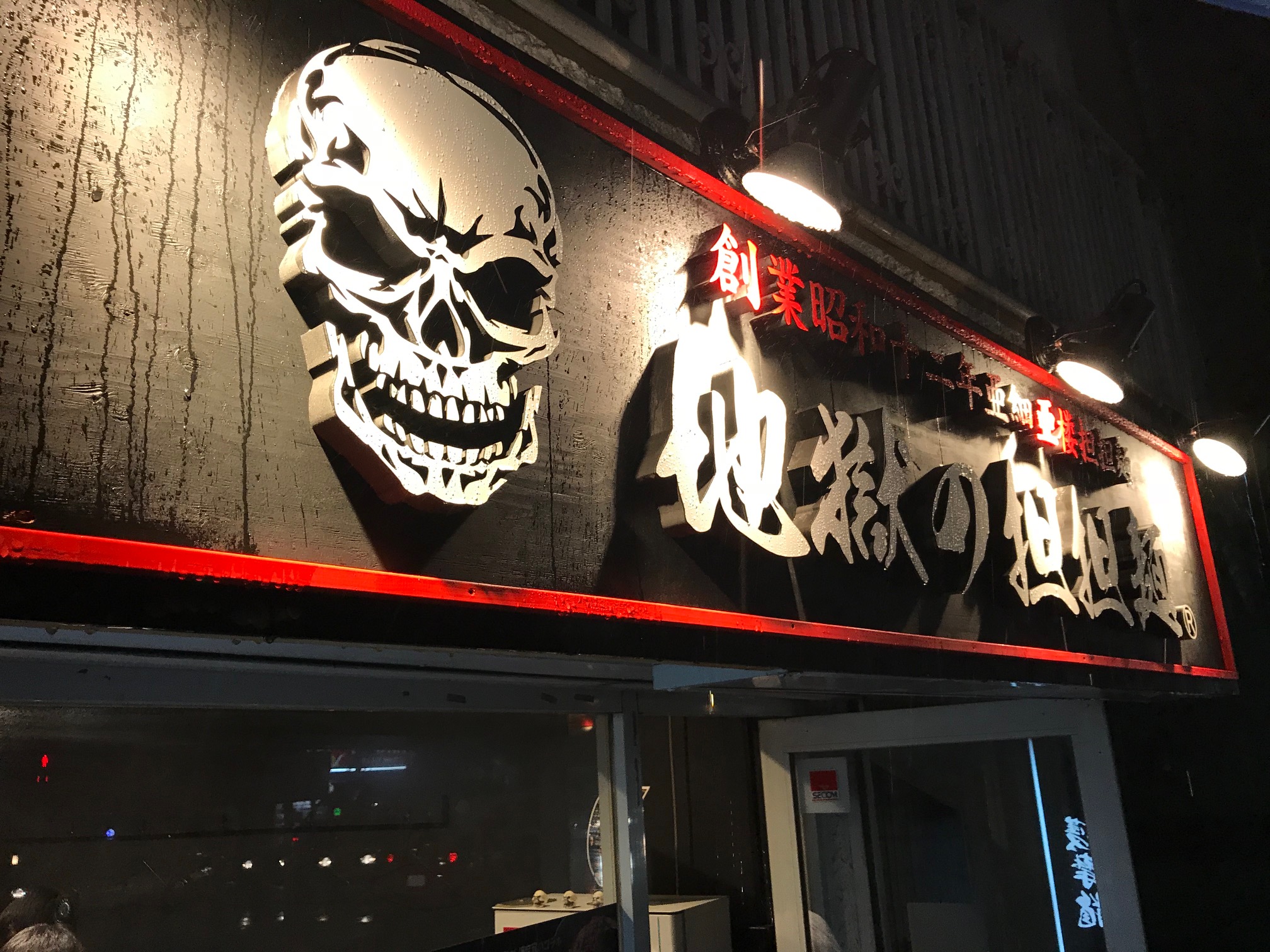 Enter at your own risk…

In Gotanda there’s a portal to Hell… at least that’s what it calls itself. Jigoku no Tantanmen Gomaryu can be translated as “The Tantanmen from Hell, the Homa Dragon”. The restaurant plays up the demonic ambiance. When you walk in you see that the walls are painted black, there is eerie orchestral music playing, the counter is decorated with skull spoon holders, and jars of chili peppers are scattered around the small, two-person kitchen.

The surprises started when I opened the door; it was a Monday night and only two of the ten bar stools were available. This place seems to be a nice dinner spot. I perused the menu and ordered the Jigoku no Tantanmen Level 3, Asura (named after a Buddhist demigod addicted to pride, envy, and wrath).

When my order came the first thing that caught my eye was the viscosity of the soup; it was more of a sauce! It was boiled down so you couldn’t escape the pepper flakes. I took my first bite and again was caught for a curve ball: it was tasty! The thick sauce like soup had a creamy texture and a little kick.

But after the first bite the heat began to build. I made the beginner’s mistake of licking my lips which spread the capsaicin around my mouth. Halfway through eating I tried to take a selfie and couldn’t to crack a smile, my mouth just wouldn’t budge. At no point in time did I think “this is stupid, it’s too spicy,” the taste made it a pleasurable pain. Unlike Moukotanmen Nakamoto I didn’t break into a sweat or get a runny nose, my mouth just burned.

Overall it was good. So good, Gomaryu is my new favorite ramen shop. Will I try levels 4 or 5? Maybe. 4 is do-able and 5 will be saved for a challenge between friends. If you are in the Shinagawa area give this place a try. If you can’t get to either of it’s two locations you can pick up the exact same Level 3, Asura, as cup ramen in convenience stores around Japan! 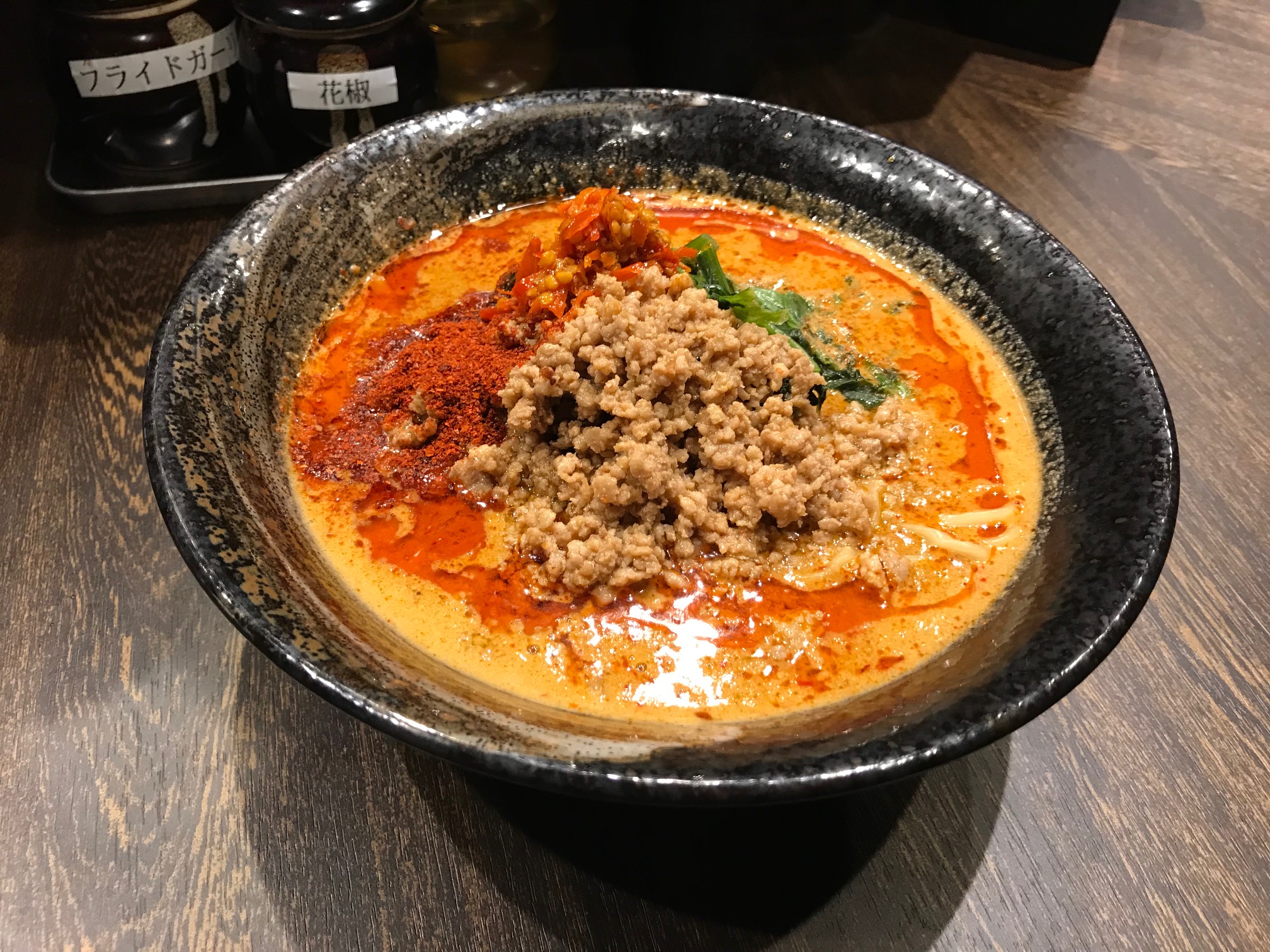 The Tantanmen from Hell Level 3, Asura

Doing research for this audacious adventure showed me that there is a spicy ramen subculture in Japan. There are dozens of videos and blogs dedicated to experiences and taste tests. People rate spicy ramen shops all around the country. Some restaurants are so talked about and so popular that they actually run out of peppers! I feel like this is only the beginning of my spicy soup slurping story. 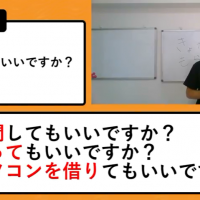 [VIDEO] Japanese for Work – How to Get Permission (Part 1) 許可を得るPrev

[VIDEO] Japanese for Work – Can I? May I? 許可を得る Part 1Next