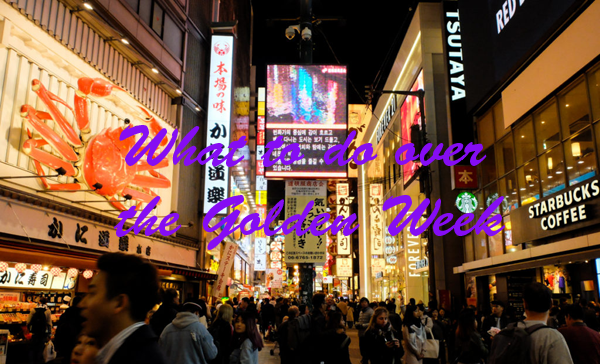 Golden Week is four national holidays (Bank holidays) huddled together into a seven-day period. And it makes for one of Japan’s main two holiday seasons. And for many Japanese, the lengthiest break in the working year. With strategically placed paid leave days, one can have (nearly) two weeks off.

The Golden Week starts with Showa Day on the 29th of April, Thursday. It is a former emperor’s birthday.

Monday, the 3rd of May is Constitution Day. It celebrates the day the new post-war (World War 2) constitution went into motion.

Tuesday, the 4th of May is Greenery Day. It celebrates nature.

Wednesday, the 5th of May is Children’s day. Families with children (boys) celebrate the Boys Festival on this day. It is the male version of the Girls Festival celebrated on the 3rd of March.

The Golden Week ends here. However, many Japanese save up the paid leave days to extend the holiday.

What to do during Golden Week?

If you live in one of the big cities like Osaka or Tokyo, you will have fewer options than usual. Since the government declared another state of emergency and implored businesses to close and people stay indoors, there is not much going on.

It is best to check the news of where you live or where you want to visit to see what’s open.

International travel that involves you coming back to Japan is not (really) plausible. And if you want to avoid the crowds because there will be crowds (despite the travel warnings), avoid the bigger cities.

Go somewhere that is not too big nor small. People living in smaller places might get a little annoyed with you coming to visit at a time like this. So go somewhere where you don’t stand out as much.

Or, go somewhere local. Like take long walks and get to know your area better. There are a lot of cool hidden places all across Japan.

If you are going somewhere far, it might be worth considering going by rental car. The flights and trains will likely be busy.

Thought of as the more responsible thing to do. Since Japan has not (really) seen a hard lockdown like in Europe or the States, it is easy to forget how lucky we are to be here.

Try to get into online games or read a book. Maybe try to pick up a new hobby or do one of the many things people overseas who have been under ‘House arrest’ for the past year have been doing.

It is easy to think of the current travel restrictions as an inconvenience. Which they are.

But compared to having a raging fever for a couple of days or not being able to taste all the tasty food that is around or having to live with the knowledge that the nice old lady two doors down who you shared the elevator with now needs a ventilator to breathe because you wanted to see a show or have a sip of craft beer, is it really that inconvenient?

Just use common sense and try not to put others at risk. 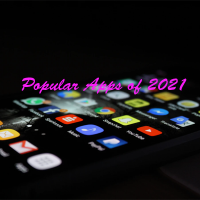 Popular Apps of 2021 in JapanPrev 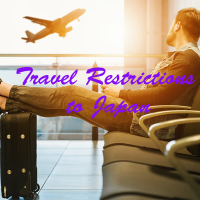