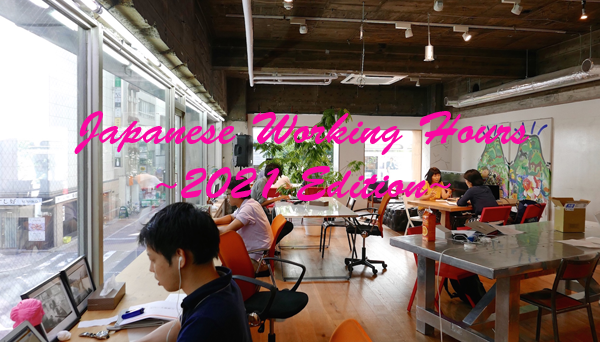 ‘What are the working hours in Japan?’, has become somewhat of a loaded question. The simple answer is ‘office hours’, mostly 8:00AM to 5:00PM or 9:00AM to 6:00PM with a 1 hour lunch break. Many companies also have a concept called flexible working hours or ‘フレックスタイム (flex time)’.
But this is probably not why you are interested in Japanese working hours. You most likely want to know about the overtime.

The flextime for most employees means shifting the work day by an hour either way. Sometimes by two hours. The idea of flexible working times won favor because of the sheer volume of people commuting all at once during the usual office hours. Starting a little earlier or a little later helped reduce congestion just enough to make rush hour bearable.

The dawn of ‘telework’ has done an even better job of it. And now, flexible working hours, mostly help to fit work around life.

The Other Work-hour Systems

The other familiar system is the fixed system (固定時間制度 kotei jikan seido). You can’t manipulate the hours like with the Flexi one. Think the usual 9:00AM to 5:00PM in Europe or the US.

A not so common system is the Discretionary labor system (裁量労働制度 sairyo rodo seido). For the sake of the example, let’s say the working week consists of 40 hours. With fixed and flexible systems, you are likely doing five, eight-hour days a week. With this system, you might do four hours one-, but eighty the other week. Think of this as working towards finishing a project or a job.

The term ‘過労死 (karoshi)’ or death by overwork gets thrown around a lot. Despite some of the unfortunate deaths, burnout is not as common as portrayed.

Yes. But the reason is not as simple as it seems. Japan’s high quality of life and general economic prosperity is a product of its contemporary cultural values. Hard work and taking responsibility are encouraged at an early age.
That is why many Japanese workers feel it is irresponsible or wrong to leave before the day’s work is done.

But what about other countries? Do Europeans careless about their work?
For example, in Germany, overtime is strictly regulated. Sometimes new Japanese transfer workers need to be told to go home on time because the companies that fail to abide by the strict labor laws will get high fines.

Yes.
Only companies of questionable nature would not pay for overtime work. The details of overtime pay should be in your work contract.

Can the company force you to work overtime?

No. There are clauses in some employment contracts, but usually, it is a ‘no’.
And again, only a ブラック企業 (black kigyo), a black company (a company with an exploitive employment system) would force you to work overtime.

Japanese working hours don’t differ that much from western countries. You have probably seen people with their shirt sleeves rolled up and ties loosened staring at computer screens or grouped up in front of whiteboards well past working hours even if you have never been to Japan.
There are many reasons to work late, responsibility, financial gain, or simply wanting to get ahead. It is naive to think that people who make constant sacrifices (e.g. Extra hours) won’t eventually get preferential treatment.
Whatever one’s reasons are, working extra hours is a choice in Japan.
And if you ever find yourself in a situation, where you are being forced to work extra or/and without compensation, seek help right away. 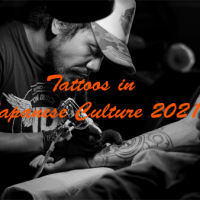 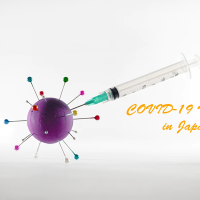