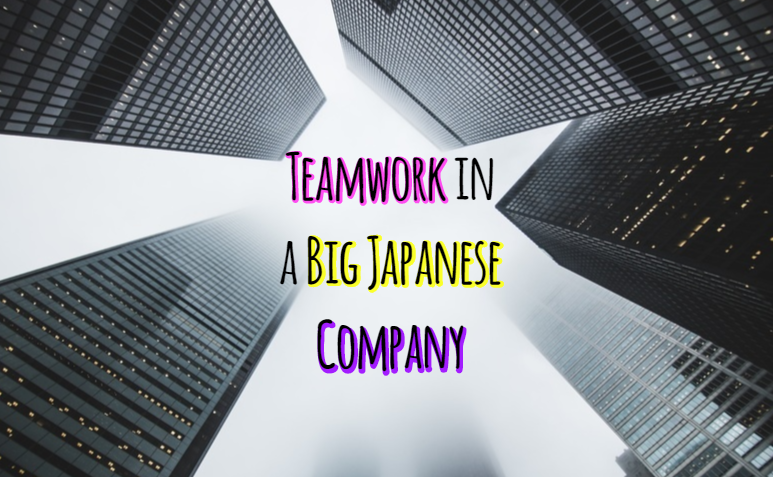 Teamwork in a Big Japanese Company

Working with other people is a necessary part of life. If you were born in a hospital there was a team of people that helped you see your very first light of day. If you played any sort of sports growing up you had coaches and teammates to help you perform to the best of your abilities. Even in college teamwork is essential for tackling those long, hard term projects, even if it is just for a food run. It might not be that evident in the normal “9 to 5” job but teamwork plays a crucial role in getting work done.

In Japan, teamwork is one of the most sought after qualities in a future employee. Serving the betterment of the group has been ingrained in the Japanese mentality since the beginning of time. When there is any praising the group gets praised, when something goes wrong it is the group that gets scolded. Even if you feel like an individual working on a project all by yourself you are probably still in a group with other individuals and the whole team will be held accountable.

Respect the Chain of Authority

Respect. It is a big deal in Japan. The whole Japanese language has various politesses to show respect. Bowing itself is a form of respect. So it is obvious that respect for the people higher up the company ladder needs to be recognized and treated seriously.

In my position I have worked directly with my boss, my boss’s boss, and my boss’s boss’s boss. And I’ve even met that last boss’s boss. Each situation requires a different form of Japanese speech and mannerisms, as well as a certain degree of present-ability.

Remember, you are an extension of the team and when you are giving a presentation or meeting you not only represent yourself and your own work but the team’s work. Standing tall, being approachable, and speaking clearly can leave a good impression on the right people and make life in a big Japanese company much smoother.

In a Big Company, Moving Slow is a Part of the Process

In America I clearly remember working a warp speed. Being in a small start-up company, having a good product and a busy staff meant that the company was in a good place financially speaking. But big companies that are composed of tens of thousands of employees don’t necessarily have that financial obligation guillotine hanging over their heads.

What does this mean for you? This means there will be lulls in your work. One day your team might be assigned a project, the next day, the project is scrapped and you are stuck with nothing to do. Don’t get too complacent; this is just the calm before the storm. When a project does come around Japanese tend to be ambitious and deadlines may be a little crazy.

As a result of the stability, business transactions and inter-company relationships are built over a long time, through a process of emails, business card exchanges, and phone meetings. Learning the ebb and flow of the company comes down to communication. Being able to talk to your managers or marketing teammates is key to anticipating what projects are in view. Also, establishing a rapport is a key teamwork skill that takes time to get right. In Japan this means participating in email chains or going out with coworkers for after-hours drinks. The ability to be social with your teammates within the office as well as outside the office will help the team succeed.

Being a computer engineer usually means sitting behind a computer, pounding away at the keyboard until the finished product is completed. And the finished product is only worth its weight if it can be sold and successfully utilized. This means a sales force is needed, ones who can reach out to other big companies, draft contracts, and get feedback that will turn a profit.

Even though my team has salespeople who are well versed on the technology, there have been times when I have been called on for my technical expertise to meet with prospective buyers or companies looking to collaborate. This summons usually comes from other salespeople who have worked with the prospective company.

These salespeople also know all about the product that we are selling, even though we have not previously met. Are they stalking us? Or did I not realize that they have been part of the team all along? The names always seem to change though, leaving me to gawk at just how large Japanese corporations really are. It is good to know that there are people, inside and outside your team, that are versed in a very specific subject that are only one email away and eager to help.

So, what’s it like working at a large Japanese company?

Large Japanese corporations on the surface may seem very intimidating, but inside the large corporate structure are many teams that work hard to meet their goals and push the company forward. No team is alone; each team needs other teams, much like the individuals rely on their teammates. Within the large Japanese companies, teams can find the other teams to help push through difficulties and succeed.

So even if you are new to Japan and find yourself in a large Japanese company, do not feel like you have to do everything by yourself. Seek out advice from those around you and don’t be afraid to ask for guidance from someone who has been at the company longer than you. They were once in your position as someone new to the company and helping you now means a more cohesive team with everyone moving at the same pace.

No man is an island entire of itself; every man
is a piece of the continent, a part of the main
– John Donne 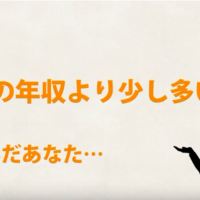 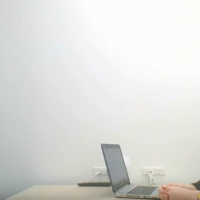