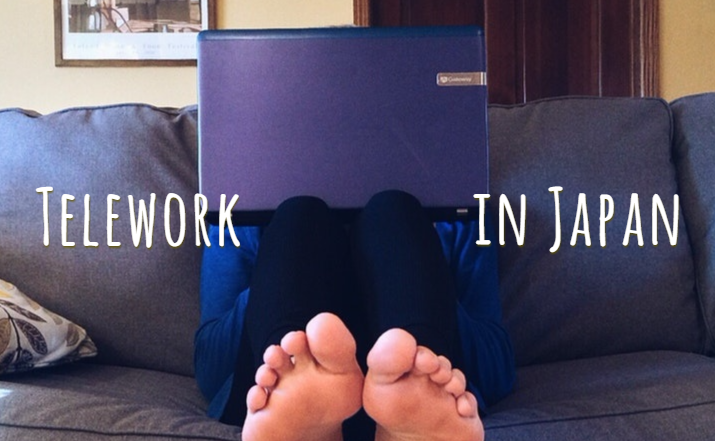 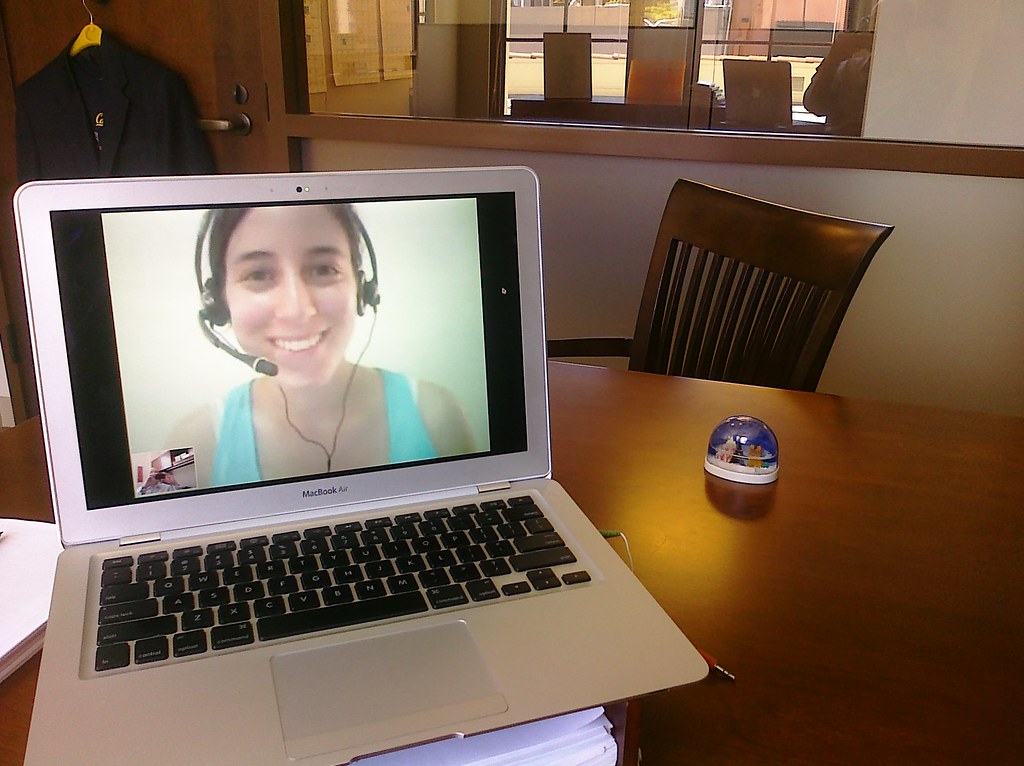 Western civilization is familiar with the idea of telecommuting or remote work. In fact, the very thought of having an at-home “side hustle” nowadays goes without saying. Japan is just catching on to the wonders of telecommuting, which has been nicknamed “telework” or “在宅業務 (zaitaku gyoumu)” by the Japanese. The recent focus on telework has mainly been in relations with the concern of traffic congestion during Tokyo Olympics 2020, but the Japanese are finding that there are plenty of merits to telecommuting than just lessening the strain on public transportation.

On July 24th, 2017, the Japanese government conducted an experiment that involved something many companies rarely practice even today: letting employees work from home. The objective to Telework Day was to measure how much congestion could be reduced on public transportation for the 2020 Summer Olympics. Since Tokyo is anticipating well over 900,000 international visitors, having people commute to work on those days would be too much for public transportation to handle.

More than 900 companies participated in Telework Day. There were mixed reviews about the success of the event. Some said they noted no difference in the amount of people at the station. Others were happy to say that could actually sit for once.

The event is scheduled to happen for the next 3 years leading up to the Olympics.

Working from home in Japan is obviously not something that is done often. For example, even though I often work from home, getting the company to accept that everything I do can be done out of the office was a trial in and of itself. In 2015, only 16% of all Japanese companies allowed for employees to telecommute once in a while (as in, a few times a year). Only 4% of workers in 2015 telecommuted once a week. Prime Minister Shinzo Abe, however, would like to increase that number to 10% by 2020.

With the rise of visitors from abroad riding the same commuter trains that workers do in the morning, and the increase of deaths related to 過労死 (karoshi), it is safe to say that Japan has to do something to ease the strain on workers and the environment, especially if nearly 1 million overseas visitors are expected to arrive for the summer Olympics.

Merits and Demerits: How the Japanese View Telecommuting

To cultures that welcome telecommuting, you rarely think about the disadvantages that come with it. Freelancing and remote work is usually touted as the work-anywhere-be-anyone option for those who loathe staying in the office; but the Japanese paint a different picture. Work is sometimes seen as an escape. Plus, when the culture affixes virtue to working long hours and puts emphasis on forming relationships at work, telecommuting comes off as less fulfilling. 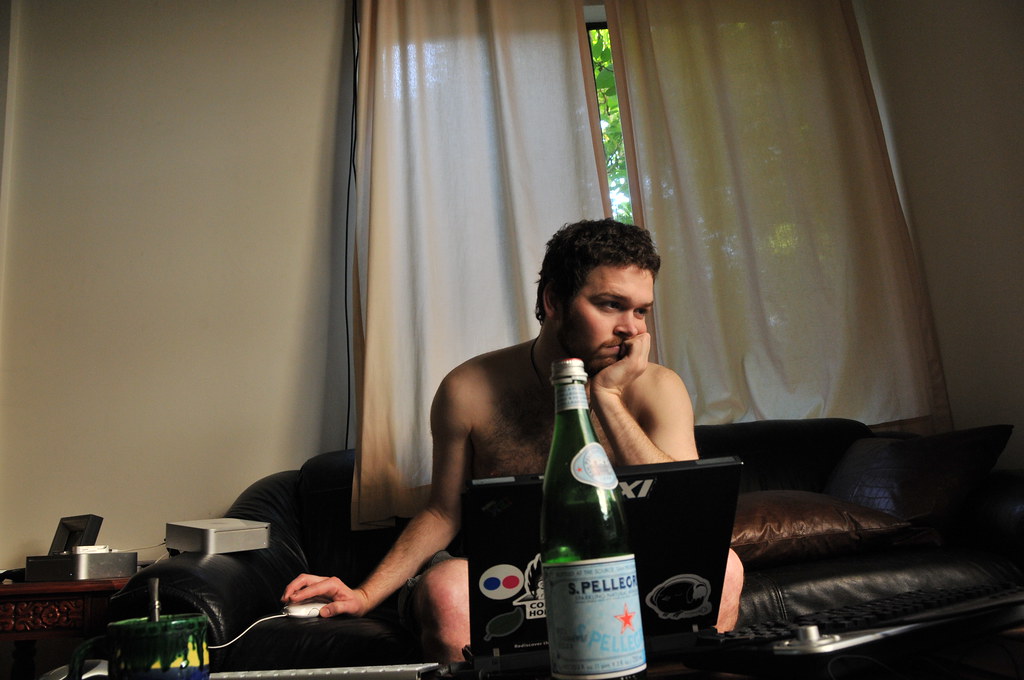 Here are some demerits that the Japanese often attach to telecommuting:

I found this one particularly interesting. Many Japanese people are quite active at work, despite there being desks and chairs to sit in all day. The office is actually quite lively, with people moving around, visiting other coworkers, running to meetings, and much more. Also, many of them look forward to the commute as a means of getting up and moving about. To the Japanese, sitting at home means growing lazy.

Working in an office means that there are a plethora of opportunities to learn something you never have before. Office senpai are very much like school senpai, in that they take you under their wing and fill you with knowledge. Telecommuting means you can’t engage with these more seasoned individuals, and so your abilities are assumed to be maxed out. I suppose this is why online schooling also hasn’t caught on in Japan yet.

Since you can’t be with coworkers and superiors, there is a sense of loneliness that comes with office work. Furthermore, there is no one to turn to and say, “Can I ask for your help?”

Many Japanese think of home as the time to raise children, clean the house, and cook. Being at work separates them from this. However, when the two worlds converge, work and home responsibilities also blend together. Soon, caring for the kids, handling phone calls, and doing other tasks feels like a job that never has an end. Also, as many freelancers will agree with, you can never truly say when you do and do not work. Emails come unscheduled, as do phone calls, and some work has to be done immediately. Unless you plan well in advance, going without work is impossible.

When an American chooses to work from home, family uses nods and says, “Okay.” When a Japanese person chooses to work from home, eyebrows are raised and people question if their son or daughter is becoming a shut-in. Being part of “society” is a thing of pride for the Japanese, as is being part of a company. Though telecommuting still means you are part of the company, the display is missing. Moreover, since telework isn’t widely accepted yet, the idea behind it is still heavily misconstrued.

I think that these demerits can be leveraging points. As a foreign worker in Japan, you will obviously have a different idea about working from home. In fact, these disadvantages might not seem like problems at all, and this will make you a great candidate for companies looking to open a telecommuting sector.

Now, you might be thinking, “Does this mean there are no telecommuting jobs in Japan for me?” It doesn’t mean that, at all. Japan has opportunities for you that come with the same advantages telecommuting anywhere else in the world would. These merits include:

I briefly wanted to touch on how to find telecommute work in Japan. First, I recommend searching job websites like TalentHub for jobs listed as 在宅勤務（ざいたくぎょうむ）、テレワーク、or as telecommute/remote work. These will most likely be computer, marketing, design, and translation related jobs, but there has been an increase in online tutoring jobs as well! The key point is that these jobs do exist in Japan, so keeping looking, even if nothing comes up immediately.

Telecommuting was once unthought of in Japan. Yet, with the growing amount of people who rely on public transportation and the already present congestion that commuters experience every single day, there is a need to change the work environment of the nation. Thus, telecommuting is now becoming a topic for discussion that some companies are adopting. If you want to telecommute and live in Japan, there is no time like the present to offer your services remotely! 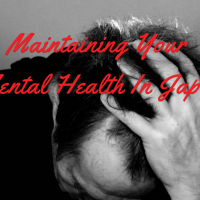 Maintaining Your Mental Health In JapanPrev

Japan’s Golden Week And How To Endure ItNext 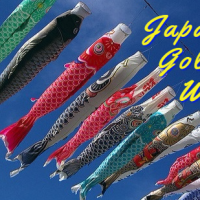