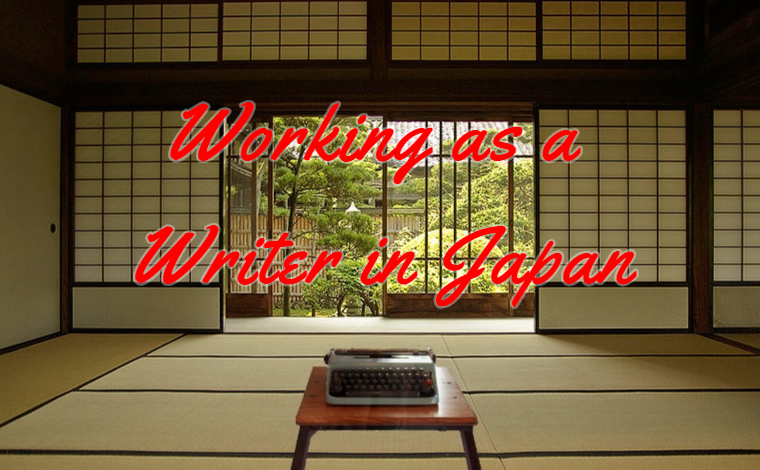 A long time ago, in a galaxy far, far away, burning all my bridges as I set out for the Japan archipelago – a quest for love now long since lost – I actually imagined myself, thirty years on, making a living as a novelist; a la Donovan’s ‘Retired Writer in the Sun‘.

In my mind, I’d be sitting cross-legged at a low table in a simple tatami room, shōji screens open to surrounding rice paddies and blue, mist-shrouded mountains beyond, my only needs a typewriter and an electric fan. My stories would be ethereal yarns woven in the hazy summer hues of the rural Japanese landscape; of lost souls washed up on strange shores, and love that conquered all.

Over time, the workaday reality of life in a Tokyo suburb forced my fantasy to relocate itself to a rude garret overlooking the feral back streets of Kabukicho, just a Mac Classic and a ready supply of cup noodles to punctuate the squalor. There, I’d pen seedy and violent near-future fables of robot sex and strange new narcotics.

However, having reached thirty years in country, it takes me all my time to write a shopping list these days, whilst having anything resembling a fantasy would be both ill-advised and unhealthy. But being semi-retired, I found I had a lot of time to spare, so I started looking for casual work I could do at home, if only to subsidise my photography hobby.

There’s actually a large online market for foreigners, particularly native English speakers in Japan, and a broad range of freelance jobs available in product testing, translation and translation checking, essay writing, CV writing, and blog copy writing, to name but most. I’ve tried them all over the past few years but ultimately found the latter more personally rewarding.

For those who grow tired of the easy money, fast cars, casual violence and femme fatales that characterise English language teaching in Japan, or who want out from the dog-eat-dog intrigues and murderous office rivalries of heartless corporations, writing copy for Japan based blogs might make for a refreshing change of pace. In fact, there are a lot of us doing just that, though mostly as a means of supplementing an existing income, cut-throat or otherwise.

Nobody’s going to get rich writing blog copy, and making a full-time living at it is probably even more difficult than selling stock photography. But the more of it you do, the better at it you become, and the more your clients appreciate and reward your efforts… cough cough!

And it doesn’t matter what educational achievements you have, or where in the English speaking world you come from; if clients don’t like your writing style or attitude, they won’t hire you again. So, building a portfolio of published articles and their URLs to transmit to potential clients will demonstrate how well you can write and how serious you are, and may land you better paying gigs in time.

It’s hard to give a precise estimate regarding the rates of pay one might receive for articles; all clients are different and have differing needs and requirements. Some pay per letter, others by the word, and there’s sometimes confusion over pay per character. From a Japanese client’s perspective, character can mean word, because Kanji characters are words in their own right, whereas character is synonymous with letter to an English speaker, so it’s always wise to check exactly what a client expects from you for the offered fee. Than again, many clients are happy to offer an inclusive fee, as long as the article reaches a minimum number of words.

However, generally speaking, a 500 word article should net the writer between ¥500 and ¥3000 (less any agency percentage), depending chiefly on the quality of the writing and the reputation of the writer – as measured by the previously published articles under one’s belt. Some clients also require accompanying photographs, usually no more than 5, either one’s own or from creative commons. Of course, that all adds to the time and effort involved, but only you will know if it’s worthwhile.

Most blog clients have a good idea of what they want and will provide you with titles or themes for articles. Others may ask you to submit proposals for consideration, which particularly suits travel writers and photographers. Very few clients give writers a completely free choice.

One must also realise that blogs are businesses that rely upon advertising revenues for their survival, and thus are averse to anything that gives a bad impression of Japan, its people, institutions or products. That isn’t to say that one’s personal opinions or dislikes are unwelcome, just that they should be expressed without undue and unreasonable negativity or hostility, and without recourse to unseemly language.

That said, I’ve always enjoyed the writing jobs I’ve undertaken, not least because my research has taught me so much about Japan that I hadn’t known before. In the last 18 months alone I’ve written close to 400 articles on subjects as diverse as Japanese culture, language, beliefs, food, drink, perversions, trends, public conveniences, education, sexuality, taboos, products and, indeed, the working environment, and they’re just the topics I can remember without looking. Hmm… maybe there’s a novel in there! 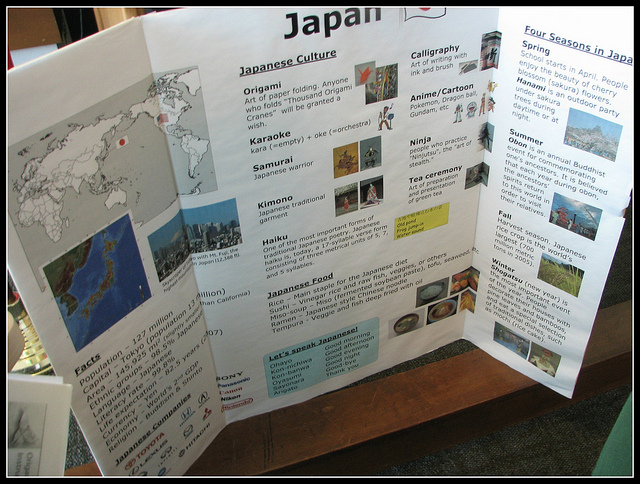 Writing good English copy isn’t everyone’s forte, but a less than solid understanding of grammar, syntax, or lexical versatility, needn’t be an impediment to finding writing jobs. Many English language blogs are not aimed specifically at a native English readership, but more widely at those for whom English is a second or foreign language. They don’t pay well, but usually only require short, snappy, easy-reading paragraphs with lots of bold, buzzy headings. But even if one is a competent writer, jobs like these can be a good place to start freelancing if you don’t mind dumbing things down.

Not wishing to seem sycophantic, quality blogs, such as the one you’re reading now, offer writers a far more rewarding experience because they’re looking for concise articles of length for an educated readership, rather than short, succinct ones. As a writer, you have far more to get your teeth into if you don’t have to constantly abridge your research and omit pertinent information in order to conform to a restrictive format. Not only that, but the assumption that readers only have an attention span of 500 words or so seems rather insulting… sorry, what was I saying?

As far as files are concerned, Word documents are preferred for direct email submissions, though I use Apache Open Office rather than Microsoft Office; it does exactly the same thing, its files are Word interchangeable, and it’s free! Formatting may or may not be required, depending on how the client publishes one’s work, but I always format my copy and trust they’ll respect any headings, italics, boldface or bulleting, etc. that I’ve used. Some blogs have a template page for writers to use for submissions, which allows one to write, format, add images to, and review articles before final submission.

Sometimes, clients expectations will be at variance with your understanding of the task at hand and you will have to exercise patience to understand what the problem is. Bear in mind that many Japanese blog clients don’t have very good English ability and may come across as rather brusque, so don’t assume that any requests they make for changes or additions to an article are inherently critical.

With the first job I took which paid per character, for example, the client complained that my finished article was far too short. Eventually, I realised it was the character counter in Apache Open Office that was the culprit for counting each space as one character; Japanese text has far fewer spaces, which are never counted by word processors. Well, one lives and learns, but modifying the article made me late for the deadline and I subsequently felt that my relationship with the client had been soured.

Issues are not always simple misunderstandings; one particular client had so little regard for the standard of English on their site, that their editors, none of whom were native English speakers, regularly butchered articles to the extent that they lost all sense of meaning.

When I tried to point out this fact, I was met with more than a hint of anti-British derision. I was so appalled that I refused to continue writing for them and insisted they remove my name from my already published articles. Hey, come on! At my age I’m allowed to be a little petulant… that’s my mother-tongue they were debasing!

I wrote poems and plays in my student days, but a novel? Perhaps there’s time yet. But for now, I can enjoy the writing process as a jobbing scribe and maybe learn something new into the bargain. It won’t make me rich, but in a good year, I can make enough to pay my daughter’s school fees, or grab the latest Nikon, and not once break into a sweat. I kind of miss the robot sex and strange new narcotics though! 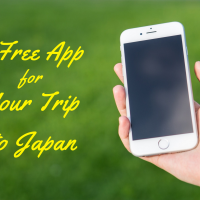 4 Free App for Your Trip to JapanPrev

How the Arcade Industry Thrives in JapanNext 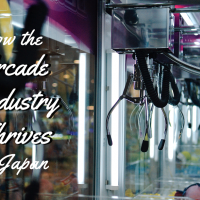