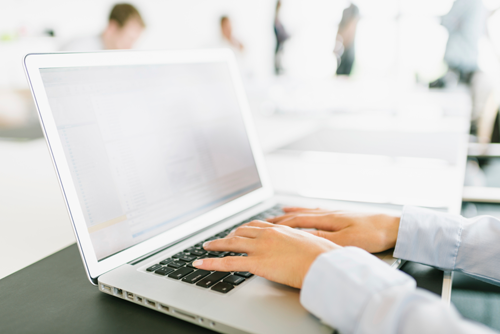 [Blog] Getting a Job in Japan – Changing Jobs in Japan

When it comes to working in Japan, there are numerous tricks to success, and even more pitfalls to failure. But whatever kind of work you plan to do here, or what kinds of career changes you make along the way, you should prepare yourself fully in advance – and stay prepared!

As I said in a previous article, there are a lot of jobs open to foreigners in Japan; corporate, IT, sales, recruiting, teaching English, construction, and minimum wage (tossing burgers), to name but most. But in applying for work in Japan, there are a few constants that never vary, so let’s consider some of these in a little more detail.

Being Prepared – Your CV

Most professional and upper level white collar workers will maintain a CV (curriculum vitae), also known as a resumé, but this may be required when applying for any kind of work in Japan. The typical Western CV format will be fine, but try to be as succinct as possible whilst giving prominence to experience pertinent to the job you’re applying for, or to any previous jobs where your commitment is apparent (especially where you have supporting references). Include your full work history as well as any periods of study and qualifications acquired.

Some people have their CVs professionally prepared, but there are plenty of templates on the internet for those who prefer to do it themselves. The important thing is that your CV should be readable, well-presented and conservative – by which I mean, the subtleties and nuances of English may be lost on a Japanese reader. Some job applications may require you to fill-out an on line CV form, in which case, having an already prepared CV on disc will save you time as you can cut and paste the required information.

If you’re already in Japan, make sure to keep your CV up to date, and have it transposed into Japanese, especially if you’ve developed Japanese language skills, both of which will make a good impression when applying for jobs with Japanese companies. Again, there are professional services that can do it for you, but many prefer a Japanese spouse or friend to help.

Being Prepared – Other Documents

If you’re being recruited or transferred from overseas, you’ll already know what documents you will need for immigration and residency purposes, etc. Indeed, your working visa and sponsorship will all be handled before you go to Japan. But leave nothing to chance – take everything and anything that pertains to you as an individual.

References from former employers, and certificates of educational achievements are obviously likely to come in handy. They might not mean very much to a potential Japanese employer, but having them neatly contained in clear plastic folders may indicate pride in your own achievements.

Being Prepared – Have a Plan

Having a clear idea of what you hope to achieve, and how long you wish to stay in Japan, may be easier said than done for some people, but you should ask yourself where you expect to be when the period of your employment contract is over. For one thing, you cannot guarantee that you’ll want to remain in Japan for more than a year or two tops, so, as I said in my introductory article, don’t burn your bridges!

For high level corporate types and university lecturers, a period of working in Japan may already be seen as just another stepping stone on a long term career path, but for most of us, working in Japan is a far less certain proposition. Even for the most fortunate foreign workers, there’s always a sense that one is living on one’s wits in Japan. It’s amazing, though, how many people come to Japan on a wing and a prayer, hoping to get a job teaching English and then somehow move up to something better. But the truth is, something better doesn’t really exist, so any moves you make will most likely be sideways, or even downward ones.

Where to Find Jobs in Japan

This is probably the easiest thing to advise you on; all you’ll need is internet access! Here are some popular sites for people in all professional and academic fields:

Finally, let’s not forget the Monday edition of the Japan Times. For foreign residents in Japan, it’s been a most useful resource for as long as I can remember.

I get butterflies in my tummy just thinking about it! But no matter how good we look on paper, the job interview is usually where we sink or swim, whatever culture we’re a part of! As you might imagine, Japanese job interviews tend to be rather formal, but that’s actually a good thing as it encourages a more serious, businesslike tone to proceedings. Now, I doubt I need to outline good interview etiquette here, because the same principles that apply overseas apply in Japan too. However, there are one or two points you should bear in mind, whether your interview is via video conference, or in person.

Firstly, learn how to bow. This should already be second nature to existing residents in Japan, and can create a favourable impression over thousands of miles on Skype too, though don’t attempt it if it makes you feel less confident.

Secondly, dress the part. The Japanese are very conservative dressers in corporate and commercial contexts, so an outfit that marks you out as an individual will not go down well. A plain grey or dark navy suit, white shirt, and an unassuming tie are the order of the day. Seriously, the last thing you want to do is make a fashion statement!

The job interview is only partly to determine that you have the personality and experience necessary to do the job; but the interviewers first priority will be to ascertain your level of commitment or dedication. It is both costly and frustrating to fly somebody to Japan, get them an apartment, hold their hand through the immigration visa process, and a whole lot of other statutory requirements, only to have them leave after a few months because they hate living in Japan. But that does happen, very frequently, so bear in mind what I said earlier about having a plan! Anything you can say that speaks of your commitment to working in Japan will go a long way to allaying the understandable concerns a Japanese employer has.

Having said that, you must understand that the kind of commitment a Japanese company expects will often go far beyond the call of duty, so to speak. They refer to it as ‘flexibility’ but it really means a willingness to accept whatever task you’re asked to do, whenever you’re asked, even if it’s not in your job description or outside of normal working hours. I’ve known workers at a major shipping company to actually do voluntary, unpaid overtime when the company was going through a lean patch, and my wife’s company once reduced salaries and cut bonuses for six months to help them out of a similar situation.

But the point is, everyone’s in the same boat, so never imagine you’re being exploited because you’re a foreigner. Besides, that would be illegal. In Japan, work is the number one priority, no matter who you are; if you can’t handle that, then don’t come to Japan.

When it comes to changing jobs in Japan, there are a couple of points to bear in mind. Firstly, it’s customary for resignations and starting new employment to take place in April. Of course, it may be possible at other times of the year, depending on the kind of contract one has or the type of work one does, but it can look like bad form if one’s termination isn’t first negotiated in good faith.

With limited term contracts, typically one year in length, an employee can resign either at the end of the contract period, or at any other time provided he or she follows the procedure laid out in their contract relating to early termination. As a rule, in such a fixed term contract, the employee is required to give a reason for resignation. After the initial year of a renewable one year contract, two weeks notice is usually sufficient and no reason need be given.

Furthermore, under the Japanese Labour Standards Law, an employer cannot set a predetermined fine for resignations during the period of one’s contract. In addition, the employer must provide all outstanding pay, tax forms and certificate of employment within seven days of one leaving the job. However, if an employee resigns without giving appropriate notice, as set out in their contract, the company may be able to claim damages in a civil court.

In my experience, Japanese employers are generally very thoughtful and appreciative of their employees efforts, so it’s always a good idea to try to see things from your employer’s perspective. If you ask to resign from a position with immediate effect, your employer may not be able to hand over your work to another employee or find a suitable replacement in time. To avoid any unpleasantness, discuss the timing of your resignation with your employer and negotiate a solution that suits you both.

[Blog] Ever thought about working in Japan?Prev

[Blog] Good Language Skills: the Most Necessary Tool to Succeed in the Tourism-oriented JapanNext