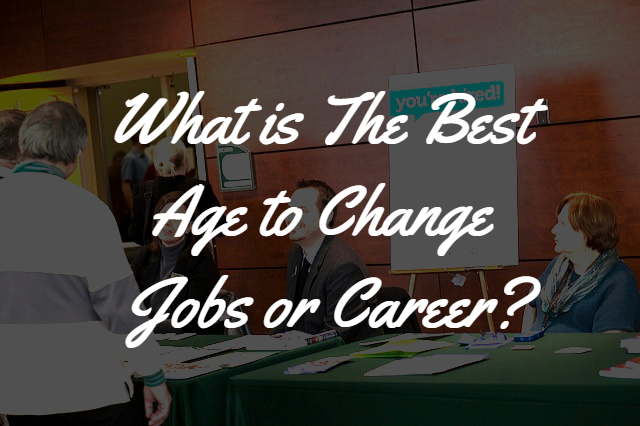 What Is The Best Age to Change Jobs or Career? 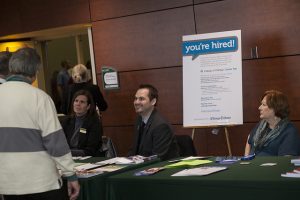 Being semi-retired, I’m at an age now where I am beginning to look back at my working life, not forward to new prospects, even if there were any I would consider. In looking back, and with the benefit of hindsight, I can’t say I’d want to change anything about the past as such, but I might wish I’d taken opportunities that I ignored at the time, or ignored others that proved to be an utter waste of time.

But the one observation that I can make about working life is that it is essentially a series of doors that may open for us, and the older one gets, the fewer and less frequent those doors become.

I suppose this is the age that really defines us as individuals, a time when we develop life-long attachments to a band, an aesthetic, a political persuasion, a team or tribe. It’s when we develop a sexual identity, free of the uncertainties of adolescence and the control of parents. It is a time when ‘danger’ becomes our middle name and a magical world of possibilities hitches its skirts at us with a prurient wink.

If doors are going to open for you in life, it will be in your twenties that it happens most frequently. Many doors are social ones, others study or job opportunities, but it doesn’t matter which you go through most of the time because… hey, we’ll all be dead tomorrow… may as well try them all!

This is probably the best age to start working for a Japanese company, because they tend to prefer recruits with no experience; young, dumb and… you know the rest! Under the traditional system of lifetime employment, one could start working for an employer right after university and still be there when you retired. When an employer requires a specific skill, they’ll train existing employees where possible, and move them around the various departments every few years.

Now is also the time to start networking and making as many professional connections as you can by the time you reach 30. A network of people you’ve met professionally and who will hire you may be important later on, and Japan’s business nightlife is the usual way to develop such relationships. Otherwise, with the general lack of mobility that defines the Japanese job market, it can be difficult to find work as you get older.

Weird things happen after you turn thirty; you might suddenly start agreeing with conservative politicians, take up golfing with your boss or, worse still, your father-in-law, and will gladly wear in public the fairisle cardigan your spouse got you for Christmas! Shocking, I know. Under the crushing weight of such normality, any semblance of the cavalier attitudes you once held dear, way back in your 20s, will be gone.

Still, being in such a serious state of mind, you’ll probably have a better idea of what you want out of life and the self-assuredness and determination (or fear of the alternative) to grab it while it lasts. As far as significant career moves between Japanese companies is concerned, this could be your last chance. Now is the time to call in all those favours you earned networking in your 20s, as they’re more likely to be the doors open to you now. Acquaintances who will hire you past a certain age might be your only safety net against the age discrimination that still pervades the Japanese job market.

Age discrimination typically begins at around the age of 35 for men, 30 for women; yes, women in Japan face greater discrimination in most respects. Even more so than men, women have to rely on their professional network to find work as they age. However, some Japanese companies are changing outdated practices in light of the labour shortage associated with the rapidly ageing population. And, of course, foreign companies operating in Japan will often have a more enlightened attitude to taking on older workers of either sex.

They say life begins at forty… it’s a lie! Only bitterness and disappointment awaits you. Your wife runs off with your best friend – and by God, you miss him so much! Your kids hate you, especially when you play your old Gong albums or recite passages from Das Kapital in an effort to inspire them. And any young person you happen to smile at on a train thinks you’re either a pervert or a simpleton.

If you’re lucky, your Japanese employer has rewarded your dedication and service by putting you in charge of a bunch of youngsters you can push around and take your disillusionment out on, so be wary of job moves now; you probably won’t get such a good deal and your new colleagues will be suspicious of you.

The lifetime employment system usually means workers staying with the same employer for at least 35 years, with little possibility of ever being sacked or laid off. As a result, older workers have often been seen as complacent, inflexible, autocratic and costly; such negative stereotypes still persist in some quarters. Even recruitment agencies openly discriminate against older workers for pretty much the same reasons.

Of course, as Virgil says: Fortuna audaces iuvat – so maybe it’s time to start your own business!

The 50s and Beyond

Forget about it. If you aren’t a partner or director with a staff of 20 to 40 year olds under you by now, you never will be… or never should have been. If a door should accidentally creak open for you, it’ll just be for a part time job as a school crossing warden, so you may as well just stay at your comfy window seat until they come to take your body away.

Of course, I’ve made light of the age discrimination in the Japanese job market, and, to be fair to Japanese employers, the situation is changing. It HAS to change because the labour shortage is a reality that can’t be ignored, so older workers and women are going to be increasingly important in filling vacancies. Quite how this will affect older foreign residents remains to be seen, but hopefully we may see an increase in the doors that are open to us too!

How to Write a Japanese ResumePrev

Utilising Your Abilities In The Japanese Job MarketNext 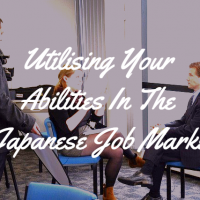