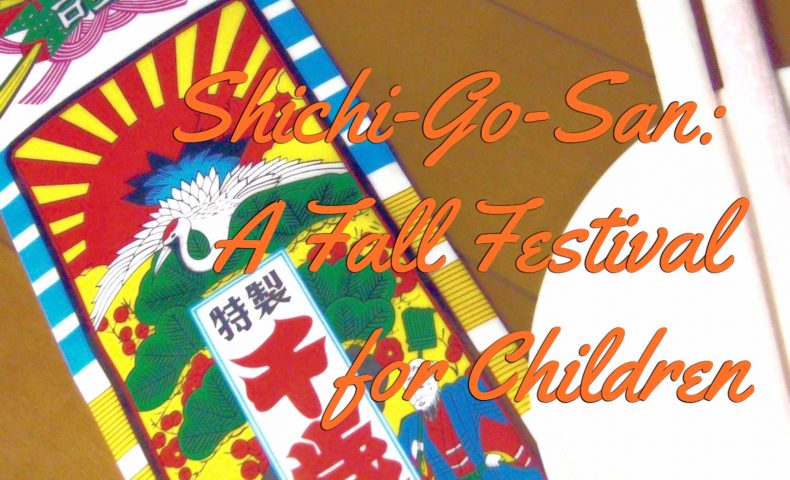 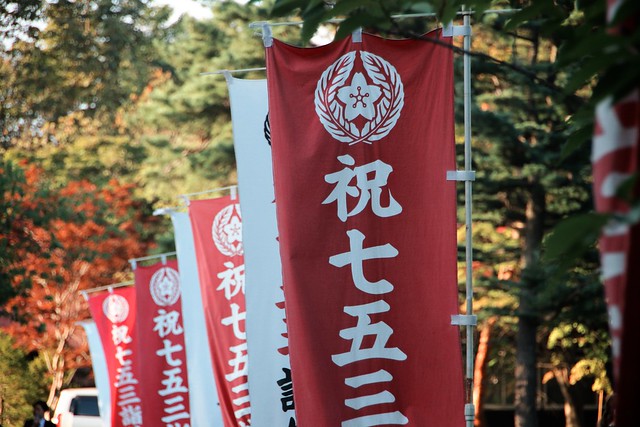 Japan has dozens of holidays that are quite unlike anything I have ever experienced. Though I’m too old to experience the ones for children directly, when autumn comes around, it is easy to immerse yourself in the culture. And if you have young children of your own joining you in this lovely country, they can certainly enjoy the same festivities too!

One of those holidays happens to be 七五三（しちごさん）or “Shichi-Go-San,” having to do with the numbers “7-5-3.” Above being a holiday, Shichi-Go-San is a traditional rite of passage that is held solely for three and seven year old girls and three and five year old boys on November 15th, annually. The purpose is to offer prayers of happy, healthy futures for these children.

You may be thinking, why those specific ages? There are two answers. First, odd numbers are seen as lucky in Japan; and biologically speaking, the ages of three, five, and seven are important points in a child’s growth. As for the day, because 15 is the sum of 7+5+3, the number is considered quite auspicious.

The History of Shichi-Go-San

It is believed that the event was developed during the Heian period (794-1185), supposedly by court nobles to celebrate their children’s growth. The samurai class later introduced many other practices. For example, during the Muromachi period, children were only recognized in their family register upon reaching the age of three. Furthermore, until the age of three, it was compulsory that all children had shaved heads.

Thus, upon reaching three, the boys and girls could grow out their hair. This ceremony for three year old children was called “kamioki,” which translates into “hair leaving.”

At the age of five, boys were allowed to wear hakama for the first time. This is the second ceremony called “hakamagi-no-gi.”

Girls, on the other hand, could begin to wear obi sashes with their kimono upon turning seven. During the Kamakura era, this third ceremony named “obitoki-no-gi” included 9 year olds and was even for boys, but the Edo era changed that. Hakamagi-no-gi became the standard for boys, and obitoki-no-gi was revised for little girls only.

The Meiji period brought around more changes to the ceremony, allowing for even commoners to practice Shichi-Go-San. A ritual was introduced that includes visiting a shrine to drive away the evil spirits and promote longevity. Since this time, the ritual about hair has long been forgotten (thank goodness). Many boys and girls continue to wear formal kimono or, nowadays, westernized clothing, have their pictures taken, and visit shrines. 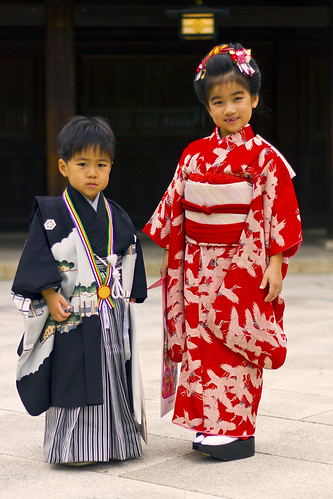 Presently, the practices have become much more flexible, depending on where you are in Japan. Given the popularity of the holiday, you may even be able to visit Japanese shrines throughout the country a couple of weeks before November 15th and see children dressed up, having their pictures taken. Observance isn’t necessarily as strict as it was in the past either. Some families begin indulging in Shichi-Go-San festivities as early as two years old, simply because it is a wonderful way to make memories.

Many temples set up times where families can reserve the grounds for photographs. There are usually also themed merchandise, like bento boxes and sweets, so families can eat together and enjoy the day they have planned.

An essential part of any modern day Shichi-Go-San celebration is the iwai-ame (celebration candy) known as “chitose-ame,” or “thousand year candy.” These special sweets are given to children and feature bags with a crane and turtle on it. In Japan, these animals are symbolic of long life. The candy itself is wrapped in edible rice paper, so children don’t have to worry about removing the wrapping before enjoying these long, thin, white and red candies.

Where to Go for Shichi-Go-San Festivities

Though you can go to just about any major shrine in Japan during November and see families with their dressed up 3, 5, and 7 year olds, some shrines are more lively than others. Even if you don’t have children of your own to bring to these places, you can still walk the grounds to get a sense of this autumnal event at the following shrines around Tokyo and Saitama:

(Note: Most places want 5,000 yen for a Shichi-Go-San reservation)

● Meiji Jingu — the famous shrine located next to Yoyogi-koen, right off of the JR Harajuku station in Shibuya-ku. This place is always super packed during November, because of what is offered for Shichi-Go-San. A definite treat for younger children and parents if you don’t mind navigating crowds.
Address: 1-1 Yoyogikamizonocho, Shibuya, Tokyo 151-8557

● Kanda Myojin — the supposed birthplace of Chitose-ame, found near Akihabara. This place is also popular for otaku and IT specialists, so if your kids also like anime, take them here. Another reason this site is so popular with families is because it is one of few shrines offering a “rental pack” of clothing.
Address: 2-16-2 Sotokanda, Chiyoda-ku, Tokyo

● Hikawa Jinja — a major Shinto shrine found in the Omiya district of Saitama. The shrine is large, and the grounds also feature a zoo and museum.
Address: 330-0803 Saitama-ken, Saitama-shi, Omiya-ku, Takahanacho 1-407

● Hie Shrine — a popular spot for little girls, because the shrine has many dolls. Plus, the shrine is right in the center of Tokyo city, so it’s quite easy to access.
Address: 2 Chome-10-5 Nagatacho, Chiyoda, Tokyo 100-0014

● Tomioka Hachiman Shrine — Here kids receive a lion’s share of chitose-ame, a bento box for lunch, and stationary. The shrine is also said to have wonderful night illuminations that add something special to your visit.
Address: 1 Chome-20-3 Tomioka, Koto, Tokyo 135-0047

Of course, there are many more shrines that have something planned for Shichi-Go-San festivals. These ones listed here, however, are some of the most popular.

In conclusion, Shichi-Go-San is a special ceremony for children who are coming of age. Though many of the old traditions surrounding this fall event are gone, the familial bonding and warmth of shared memories remains. Now, if you come to Japan during November and see a bunch of children all dressed up at the shrines you are visiting, you know why! Though the Japanese are very busy people, it’s refreshing to see festivals like this that bring children and their parents together, isn’t it? 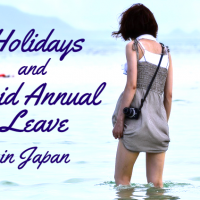 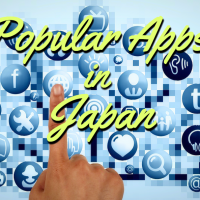