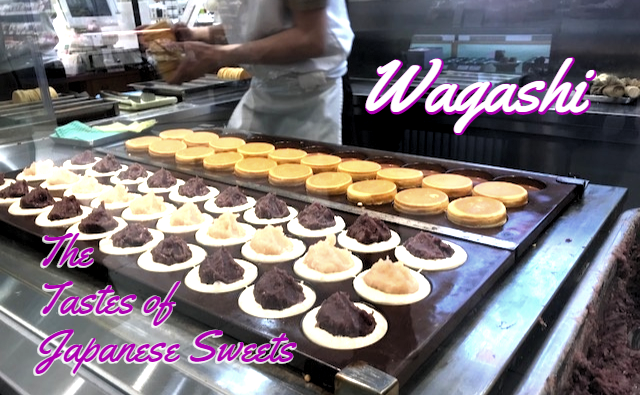 A while ago, I wrote an article about chocolate and how Japanese, and also yours truly, enjoy sweets. After the countless trips to various chocolatiers, I had eaten so much chocolate I couldn’t even look at it for a week.

After that chocolate frenzy, I tried various delectable Japanese treats. There are plenty of Wagashi stores around Japan. Wagashi, meaning Japanese sweets, come in a variety of colors and flavors. Many can only be found during certain times of the year.

The majority of the sweets revolve around the same ingredients like rice flour and red bean paste. “Red bean paste?” you might ask. Yes, for over a thousand years these delectable beans have been jammed, combined with honey and sugar, and added to many of the treats below.

While the ingredients to many of these delectable sweets may be similar, it is how they are made, cooked, kneaded and shaped, that changes the texture and the taste.

Japan wasn’t introduced to the oven until the mid 1900s. With the exception of the Portuguese missionaries who brought castella (sponge cakes) with them during the 1600s, Japanese did not really partake in baked goods like cakes, muffins, and cookies. What this means is that all Japanese desserts leading up to the twentieth century were either raw, or cooked by means other than baking such as pan-frying.

Even during the 1900s when ovens were introduced, they were too expensive and clunky to gain the appeal of the general public. It wasn’t until the post World War II economy stabilization and the introduction of the microwave/convection oven that baked goods became popular in Japan. 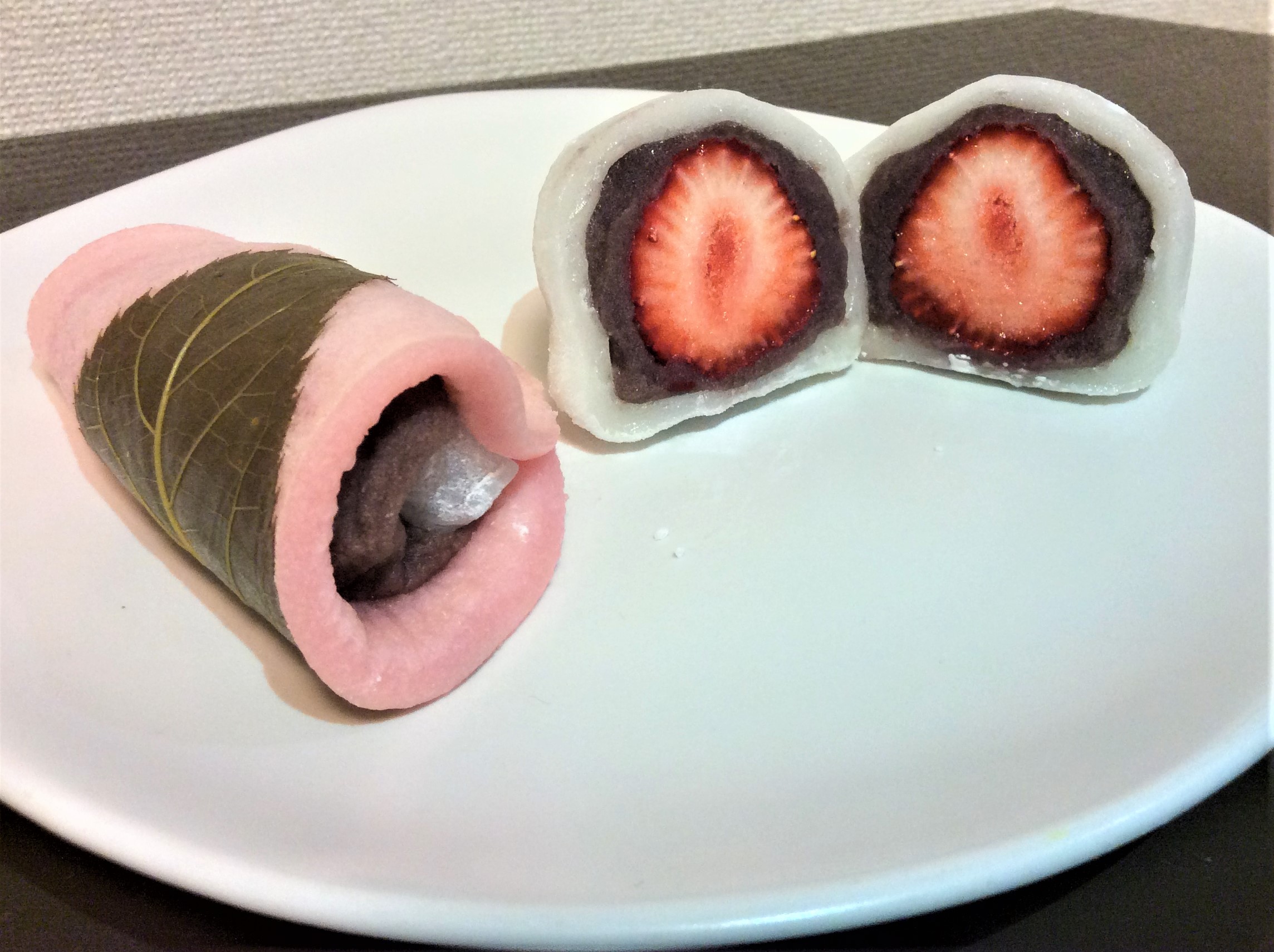 Mochi is the most known and most versatile sweets Japan has to offer. It’s the Swiss knife of sweets: it can be eaten alone or it can be stuffed with other things like flavored paste or strawberries. Mochi is a type of dough made from rice that has been soaked in water and smashed with a mallet until a gelatinous texture has been achieved. If you ever travel to Kyoto you might find shops where they will pound the mochi with a mallet in front of customers.

Some mochi treats are only available during a certain time of the year. Sakura mochi is a pink mochi that is filled with red bean paste and is wrapped in a cherry blossom tree leaf, and of course only enjoyed during the cherry blossom season in spring.

Strawberry daifuku, a mochi stuffed with bean paste and a strawberry, can be found in supermarkets toward the end of the strawberry season in February and March. And some mochi are enjoyed year-round like dango, which is three to five small mochi dumplings served on a stick and possibly covered in a sweet sauce.

If you come to Japan and are looking for mochi treats to take back home, you will find small pre-packaged mochi sets available at many large train stations, like Tokyo Station, or at the international airports, like Narita Airport. But be warned, these are made differently in order to extend the expiration date, trading off texture and elasticity for maintaining the taste. 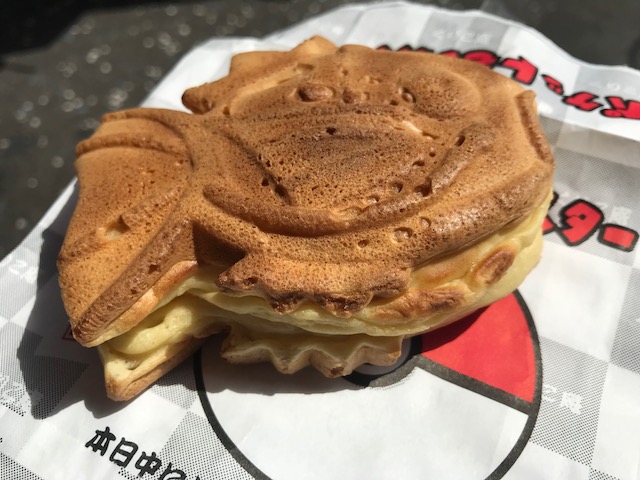 Taiyaki in the shape of the Pokemon Majikarp

For those of you that like warm fluffy sweets like cakes, there are many delicious pan grilled goodies in Japan! Taiyaki, loosely translated as grilled red snapper, is not a fish but rather a fish shaped pan grilled cake. Taiyaki is a popular treat and is most commonly filled with red bean paste, but can also be filled with a variety of other things like mashed sweet potato or custards. If you are visiting Asakusa in Tokyo be sure to grab a “ningyoyaki” which are taiyaki in various shapes like pagodas, shrines, and even people!

For fans of pancakes Japan has a sweet called dorayaki. Dorayaki is, in the easiest terms, “a pancake and red bean paste sandwich,” similar to an American gob or Whoopie Pie. I really don’t know how else to describe it. It is two small pancake discs with a smearing of red bean paste between them. These are the easiest to find grilled sweet as they are packaged and sold at most convenience stores around the country. Most dorayaki come individually wrapped and make great snacks for a long trip.

Boiled Sweets! When I heard this I thought boiling something wasn’t how sweets are made. But think about it. There are western sweets that are made using boiling water. Hard and chewy candies like lollipops, gummy bears, mints, and taffies all rely on boiling to create the desired consistency.

Japan has something similar to chewy candy with yokan. Yokan is a jelly-like sweet made by mixing red bean paste with water, sugar, and agar. Yokan are usually sold in blocks and can be sliced up to serve. It is also something you can easily make at home!

Compared to yokan, this next boiled sweet isn’t something that you can easily make at home. Manju is very similar to daifuku as it is round in shape and filled with red bean paste, but unlike daifuku the outer portion of a manju uses boiled flour instead of daifuku’s mochi. This gives it a little harder of a texture. Manju is not as popular compared to mochi type sweets but can be found as individually wrapped box sets at Japanese sweet stores and international airports.

Japanese sweets are a great contrast to Japanese food: sweets contain a good deal of sugar and balance out the amount of salt used in Japanese food. They are also great compliments to green tea. Many of these treats date back hundreds of years. Because of the minimal ingredients used to make them and the simple processing, when you bite down you really taste how they’ve always been made. If you are ever in a pinch looking for souvenirs to take back home, try some of these delectable Japanese treats. 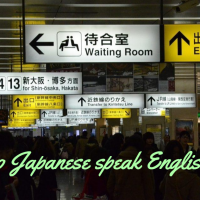 Do The Japanese Speak English?Prev 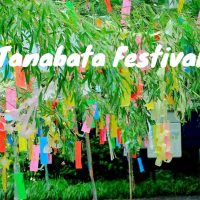